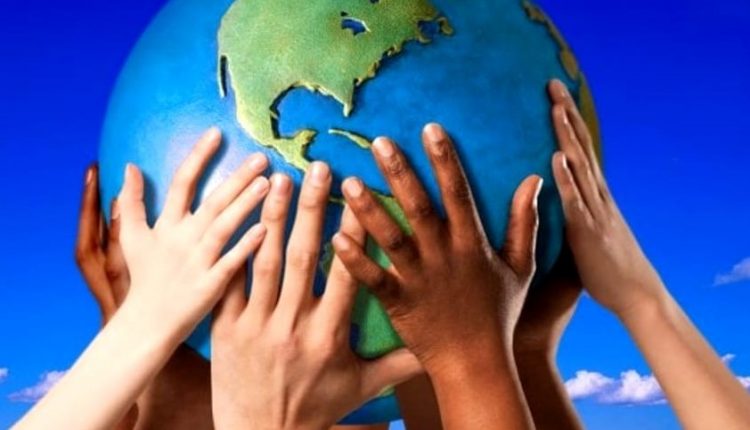 It was 1985, the United Nations decided that 5 December would become World Volunteer Day

Why 5 December is World Volunteer Day

The UN’s intention was to invite participating states to make people aware of the social role played by those who volunteer, and thus spend their time and energy for the benefit of others.

Voluntary activity supports peace initiatives, humanitarian aid and medical assistance, human rights monitoring and the support of non-profit organisations, and the purpose of International Volunteer Day is precisely to recognise the work, time and skills of volunteers throughout the world.

World Volunteer Day: the meaning of the theme ‘Solidarity through volunteering

“Solidarity through volunteering” is the guiding theme chosen by the United Nations Volunteer Programme (UNV) to mark International Volunteer Day in 2022.

According to the UNV, which coordinates the day on 5 December each year: “The future of our planet, we must act together and we must act now.

This is not an era to stand alone, but together, as one, in solidarity with one another’.

An invitation that, in the wake of the conflict in Ukraine, increases the already great importance of volunteering for various reasons.

This year, the events organised for 5 December serve precisely to pay tribute to volunteers around the world and also to highlight the difficulties and needs they encountered during the long months of the pandemic.

In our country, the Italian Volunteer Capital in 2022 is Bergamo – a city that unfortunately became the symbol of that tragedy and that celebrated volunteering with 500 young people, volunteers from all over Italy, who met to talk about their experiences.

DO YOU WANT TO KNOW MORE ABOUT THE MANY ACTIVITIES OF THE ITALIAN RED CROSS? VISIT THE BOOTH AT EMERGENCY EXPO

The scenario of volunteering in Europe

There are 29 million people working in the sector, 55% of them unpaid, which means that more than 16 million people across the continent carry out community support activities without asking for any remuneration.

Of these, 7 million contribute through activities organised by third sector organisations (formal volunteering), while the remaining 9 million support communities, friends or family members directly and informally.

Eurostat, the European Union’s statistical office, highlighted in the 2015 EU-SILC ad-hoc module how the propensity to volunteer is closely linked to the level of education: the higher the level, the stronger the tendency to engage in formal volunteering activities.

For example, among citizens with secondary or university education, 28.4% volunteer, while the percentage drops to 11.5% among those with primary education.

Women are more likely to volunteer, 55.4% being more engaged in informal volunteering activities (often with their families), while men (44.6%) are more active in formal, organised volunteering.

2022, World Volunteer Day: Volunteering in Italy, the evolution of the Third Sector observed by the Istat census

As at 31 December 2020, the number of non-profit institutions active in Italy – these are the figures from the latest available ISTAT census – was over 360,000 with a total of 870,000 employees and, although they have grown more in the South since 2018, their territorial distribution is still rather concentrated in the North, where over 50% of organisations are active, compared to 22.2% in the Centre, 18.2% and 9.4% in the South and the Islands respectively.

Non-profit institutions in the South were established more recently: half of them started operating in 2010, about five years later than in the North.

In terms of their activities, voluntary organisations are mainly active in the more traditional sectors such as social assistance and civil protection and health, while non-profit organisations are particularly present in international cooperation.

Social enterprises operate mainly in social assistance and civil protection and social cohesion, but also in education and research.

Social assistance and civil protection, followed by education and research and health, account for almost half of all employees.

So many people, so many human beings who spend themselves for others: the fabric around which to build a Europe of solidarity and inclusiveness, which tells the story of the peoples who inhabit it.

G7 Summit In Elmau, Germany: THW Rescuers In The Field With Around 1,000 Volunteers

Solferino 2022, The Torches Of The Red Cross Shone Again: 4,000 Volunteers In The Traditional Torchlight Procession

December 5th: Become The Protagonist Of The International Volunteer Day