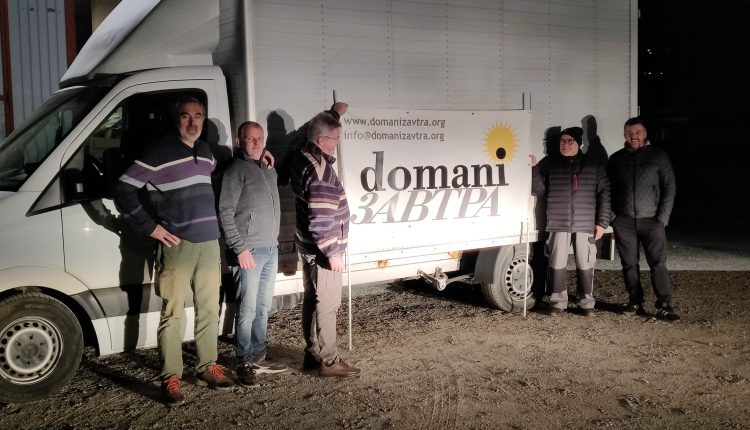 From Brescia (Italy) to the tormented Ukraine: three ambulances and two vans loaded with medicines, medical equipment and medical-surgical aids. Thirteen volunteers from the Camonica-based association DomaniZavtra, led by president Diego Simonini, will leave Pisogne on Saturday morning for the Ukrainian border

From DomaniZavtra a request for help for the Ukrainian people

The medical equipment, on the other hand, is the result of the generosity of many organisations, individuals and companies. From Brescia, but also from Bergamo, Verona and even Como.

It is the fruit of the solidarity activity that the association (Zavtra, in Russian, means “tomorrow”) has been carrying out for twenty years in favour, in particular, of Ukrainian orphanages.

DomaniZavtra was founded in 2002 with the desire to continue, albeit in a different way, the commitment started by Caritas in the 1990s, when hundreds of orphans from the areas near the Chernobyl power station were hosted in Sebino and Valcamonica.

Nine trucks loaded with food and medicine have left for Ukraine in the past month, and another – in preparation – will reach the country next week, bound for Chernihiv. On Saturday, the three ambulances and two vans.

Thanks to the relations built up over the years with Ukrainian organisations, institutions and authorities, the association knows what, how and where to send the aid.

There have also been targeted transports at the request of hospitals and health structures, for example of insulin or instruments for emergency medicine.

A defibrillator and a machine for treating war wounds will also arrive with Saturday’s trip.

War In Ukraine: The Kropyvnytskyi Children’s Hospital Received An Ambulance From A German Clinic / VIDEO