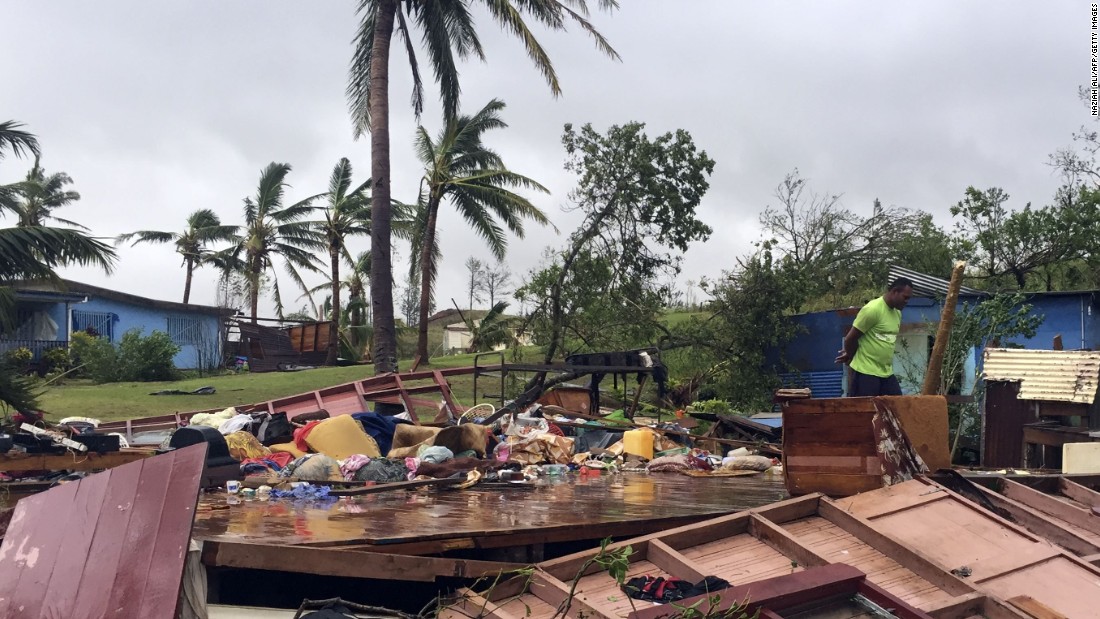 SOURCE, AFP – The death toll from super-cyclone Winston jumped to 42 Wednesday as concerns grew for remote Fijian villages still waiting for help after the most powerful storm in the Pacific nation’s history.

While international aid efforts are intensifying, with New Zealand saying it will send two navy ships, relief teams are yet to reach some isolated communities devastated in the weekend tempest.

The Red Cross said the body count was likely to rise further as word filtered back from far-flung corners of the island nation.

“The numbers will continue to change as we have better access to information and establish communications,” the acting head of the Red Cross’s Pacific office Ahmad Sami told AFP.

In addition to the mounting death toll, Care Australia said the number of people left homeless had ballooned to 34,000, up from 8,500 two days ago, and was also inexorably rising.

“The main priorities, for the whole country really, is to make sure that people have clean water and adequate sanitation,” he said.

While humanitarian aid is pouring into the main island Viti Levu, some of the worst-hit villages are on remote islands that relief workers have not yet been able to reach.

Prime Minister Voreqe Bainimarama on Tuesday acknowledged the problem and asked for patience from affected communities.

“We realise the desperate position that you are in, how traumatic this is for you and your families… but as prime minister, I want you to know that we will not rest until we have reached you.”

Former prime minister Laisenia Qarase said he held grave fears for his home island Vanua Balavu, which has not yet been heard from.

Suva-based Qarase said aerial photographs showed there were “probably a thousand houses destroyed” on the island.

“I’m 75 years old and the damage I’ve seen, the extent of the damage, this must be the worst thing in living memory for Fiji,” he told Radio New Zealand.

“We would expect the reconstruction and rehabilitation to run into a couple of years,” he told reporters.

Survivors recalled harrowing tales of the maximum category cyclone, the first in Fiji’s history, which is already simply being referred to as “the monster” by locals.

Sevanaia Ravania said his wife Titilia Mua, the village nurse, was trying to help her neighbours flee their house in Viti Levu’s Ra province when a tree fell on the building, crushing her.

“I entered the house and crawled to her, calling to her but there was no response,” he told the Fiji Times.

“I tried everything in my power to do something but could not.”

Ravania, 42, who is in temporary accommodation with his six-year-old daughter, said his wife died following her professional calling trying to help others.

“All I could do was kiss her and thank her for her devotion to all the duties allotted to her,” he said.

At Lautoka, in the island’s west, Luke Nacei told how his father Taniela Voreqe was killed after being lifted up bodily by the high winds and smashed into the wall of their home as he tried to keep a door closed.

“Suddenly we heard a loud sound, and my father flew to the middle of the house. We called his name and tried to resuscitate him but it was no use,” Nacei told the Fiji Sun.

He said his father’s last words were for his wife to look after their four children.