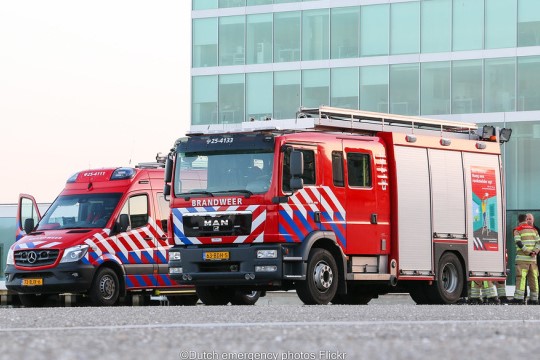 From the Netherlands seven fire trucks for Ukraine: Ukrinform said this with reference to NOS

From the Netherlands to Ukraine: ‘Dutch fire trucks have been delivered to Ukraine. Seven cars arrived in Uzhhorod. The cars were handed over to the local fire brigade “

This donation was an initiative of the Eisselmeiden fire brigade, which has been in contact with the fire brigade in Ukraine for many years.

The Dutch also received a letter of thanks from the Ukrainians expressing their gratitude for their humanitarian aid.

As reported by Ukrinform, in April the Netherlands, thanks to the cooperation of several organisations, managed to send three trucks of valuable firefighting equipment (32 tonnes) to the SES of Ukraine in Kiev

This was due to donations from Firefighters without Borders Foundation and Firefighters United NL, as well as the support and organisation of the shipment by Twente voor Oekraine and the assistance of the Embassy of Ukraine in the Netherlands.

In particular, they help Ukraine with firefighting materials and equipment, as well as conducting training courses and sharing experiences.

Over the years, they have established good relations between firefighters in the Netherlands and Ukraine.

The Twente voor Oekraine Foundation was founded by volunteers in Enschede and supports the Ukrainian people both in Ukraine and in the Twente region.

The Twente voor Oekraine Foundation is financed by donations from ordinary people and companies, as well as the voluntary movement in Enschede and the Twente region.

The volunteers ask all interested parties to continue supporting the Ukraine.

Twente voor Oekraine asks everyone to join the organisation’s donations.