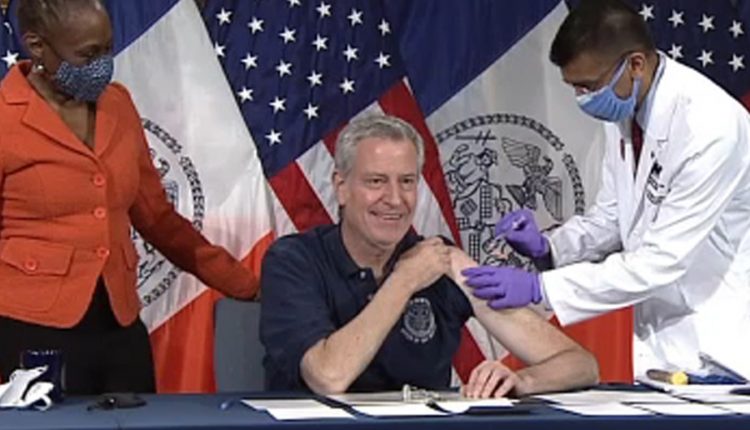 New York mayor Bill de Blasio’s initiative: citizens who receive their first dose of the Covid vaccine will be rewarded with a $100 prepaid card

Covid cases on the rise in the USA: New York mayor’s initiative

A prepaid card for purchases of up to USD 100 is the latest in a series of initiatives decided by New York’s mayors to prevent the rise in Covid cases, which is also under way.

But in the recent past, prize tickets for the Statue of Liberty, amusement parks and free meals have also been decided.

New York Mayor Bill de Blasio announced on Twitter that he would pay one hundred dollars for the first dose of the vaccine to increase the proportion of the population immunised in the US city.

The city is grappling with a new upsurge in infections and hospitalisations that are mainly affecting those who have not yet been vaccinated.

Yesterday, the Centers for Disease Control and Prevention recommended that people, even those vaccinated, return to wearing masks in enclosed public spaces in areas that recorded more than 50 new infections per 100,000 residents in the previous week.

The seven-day average of new cases approached 1,000 again, up from just 200 last month. About 75% are attributed to the delta variant.

Italy, Identified The First Case Of New York Variant: NY Variant Is Known As ‘B.1.526’