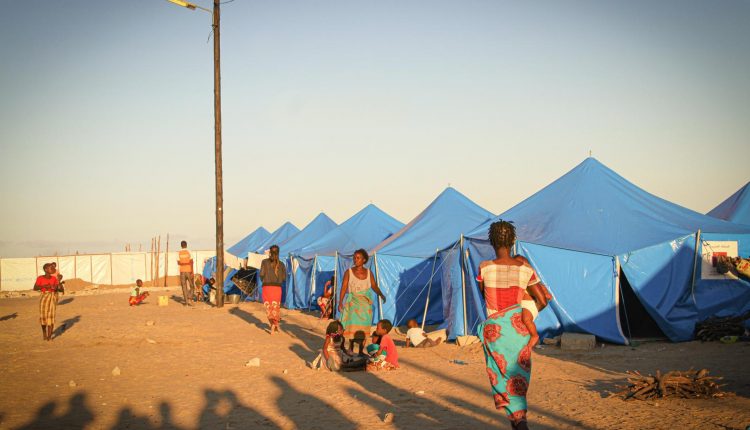 Mozambique, Cabo Delgado: increased violence and attacks push a third of the population from their homes

Mozambique, Cabo Delgado: more than 800,000 people have been displaced since last year, following a dramatic escalation of the conflict

This represents over one third of the population of the province, that suffered from poverty and climate shocks even before the increase of armed violence.

“We fled with our young children and brought them here where we live a difficult life,” said Ana Ayuba, a displaced person from Quissanga.

The attack on the town of Palma in March this year alone caused displacement of over 60,000 people, while thousands are still unaccounted for.

“My biggest problem is the fish business my son has been doing my son is weak… if you’re someone who has a family then just one job isn’t enough, just one job doesn’t help,” said Fatima Suleman, a displaced person on Matemo island.

Following recent attacks, many people fled to Nangade, Mueda and the city of Montepuez, putting additional strain on health and water infrastructure supply services in these urban settings.

The municipality of Montepuez, for example, has received tens of thousands of people since the beginning of the year, and urban water supply network cannot cope with the increasing needs.

Mozambique: Health facilities in the city also find it increasingly difficult to provide adequate services to the growing population

“We need more trained staff; more nurses and the current structure is not big enough to host all. There are many more patients coming from the conflict zone,” said Jose Antonio Albino, Director of Namweto Hospital, Montepuez

The situation is even more dramatic on the nearby island archipelagos of Matemo and Quirambo, and on Ibo islands, where displaced people land with nothing but the clothes on their backs after a dangerous sea journey.

The hospital on Ibo islands was destroyed by Kenneth cyclone, so now there is only one health center serving the whole archipelago and only one doctor.

Accessing health services is even more difficult for people living on the nearby islands, who are often unable to organize and pay for a boat to reach the health centre on Ibo.

In order to respond to the growing humanitarian needs in Cabo Delgado, the ICRC is scaling up its activities in the country and opened a new delegation in Mozambique on July 1st this year.

The major priority is to improve access to the essential services, constructing new and rehabilitating existing water and health infrastructure on the mainland and on the islands.

In partnership with the city of Montepuez, the ICRC will contribute to build a new water distribution system to respond to the increased water needs of the city.

It is also looking into scaling up its health response in order to offer mental health services to the displaced people, who faced highly traumatizing situations in the course of the conflict.