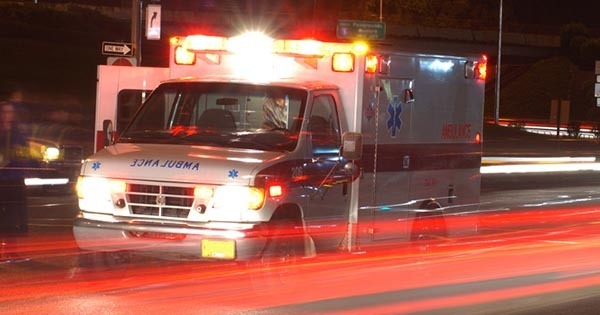 The Angry Father - Almost provoked a violent Case inside the Ambulance

Paramedic safety is mandatory. But there are many situations where aggressions are challenging to prevent. The #AMBULANCE! community started in 2016 to analyse different situations.

The primary goal is to make safer EMT and Paramedic shift, thanks to better knowledge. Start reading, this is a #Crimefriday story to learn better how to save your body, your team and your ambulance from a “bad day in the office”!

Actually, it is possible to risk life also inside an ambulance…and not as a patient! Sometimes relatives and parents of patients are the first who can be violent and aggressive when something goes wrong.

We collected the testimony of a medical auxiliary who worked in Macau Red Cross ambulance service. He experienced unexpected violence inside the ambulance while he and his crew were treating a young football player.

THE CASE – Two years ago, during a football match in a Stadium of  Macau an incident occurred. A team of the Red Cross of Macau was on duty in the scene, one of the football player’s leg was injured by another football player.

The case was treated as a fracture case by our first responders. Since the injured 17-year-old football player was tall, our bandaging on the leg might be too long for the ambulance. So, when we closed the door of the ambulance, the door accidentally hit the leg of the patient. It caused pain to him and his father, who was on the ambulance board, blamed us about this fact.

Moreover, the boy kept complaining pain during the transportation, and there was a little bit traffic jam also, so the situation became a little difficult to manage. The father got very angry and started to quarrel and ended up to fight in the ambulance. It was an unforgettable experience during the ambulance service. I was the leader at that time, so I have to control the atmosphere to avoid violence. Finally, the boy and his father were transferred to the hospital safety.

The second injury during the first-aid process almost caused violence.

I was the leader at that time, so I have to control the atmosphere to avoid violence. The thing I had to do is to give the best treatment and calm down the patient and his father during transportation.

We should evaluate the length of the ambulance and the bandaging before closing the door.

To avoid any possibility that causes 2nd-injury during the first-aid treatment.

Ambulance safety standards by the English NHS trusts: base…