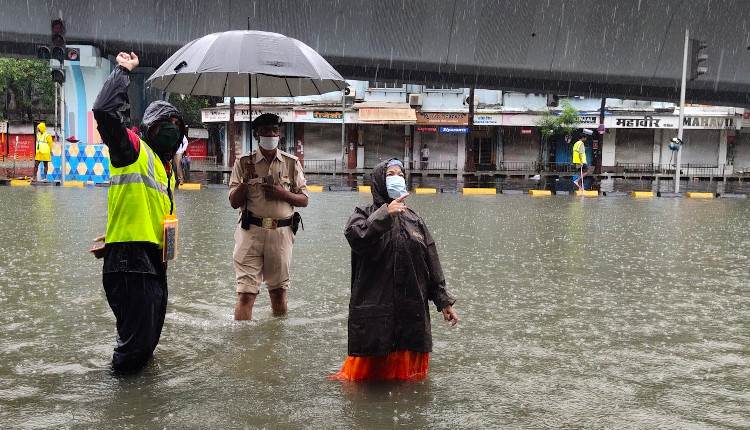 Mumbai saw heavy rains between night and day. Many areas of the city have been flooded and the rainfalls are stopping the city. India Meteorological Department is monitoring the situation with attention.

“Stay home!” This is the alert that the IMD (Indian Meteorological Department) launched today to the population of Mumbai. The city of India has been flooded after extremely heavy rains. Local trains and the main streets have been stopped in the city and all offices in the city, except emergency services, will stay closed today.

Rains in Mumbai and the alert of the Indian Meteorological Dept

The alert is red by the IMD while it is forecasted “extremely heavy rains” today and tomorrow. The alert has been issued also for Thane, Pune, Raigad and Ratnagiri districts of Maharashtra. The Municipal Corporation of Greater Mumbai is working hard and round the clock. The Maharashtra minister Aaditya Thackeray, together with the rescuers ask residents to cooperate and to stay home.

Stay home! We’ve been monitoring the situation and the @mybmc is working round the clock. Please cooperate and stay home. https://t.co/lRJTZtkPuS

Official say that local train services have been suspended on several routes in Mumbai and suburbs due to flooding on rail tracks.

Shivaji Sutar, Central Railway’s Chief Public Relation Officer, tweeted that due to heavy rains and the high tide resulting in water-logging at Wadala and Parel, suburban services are suspended. However, shuttle services are running between Vashi and Panvel, and  Thane and Kalyan.

The Brihanmumbai Electricity Supply and Transport (BEST) bus services allegedly to be diverted in several routes in various parts of Mumbai and the suburbs, the civic body said.

Owing to heavy rains, there has been a landslide at Malad on the Western Express Highway. Resources are being deployed to get it cleared at the earliest. #MyBMCUpdates #MyBMCMonsoonUpdates pic.twitter.com/eIR3DqKELA

Immediate assistance to children hit by floods in DR Congo