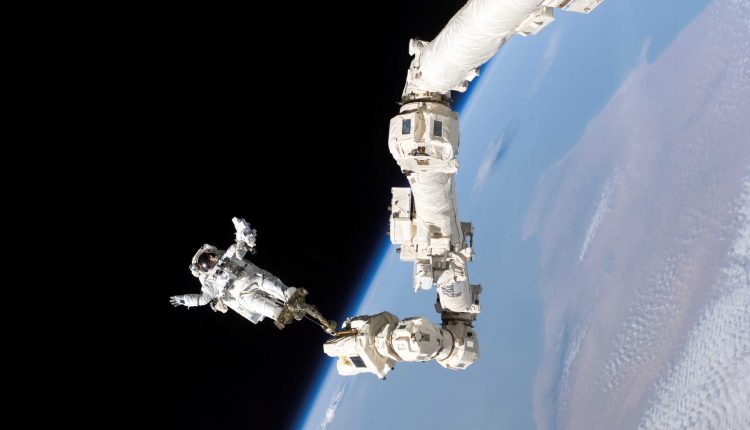 Joseph Kerwin is a former US astronaut and doctor. Kerwin was one of the first doctors to actively participate in NASA missions. In his career, he was a doctor of the American Navy, and is famous for a device for safety and rescue in space: the SAFER

Astronauts safety is an imperative: few things are as complex as providing relief and providing security in unsafe environments. And there is nothing more threatening and dangerous than space, more than 408 kilometres above the earth’s surface.

Joseph Kerwin is a former US astronaut and doctor. Kerwin was one of the first doctors to actively participate in NASA missions. In his career, he was a doctor of the American Navy, and is famous for a device for safety and rescue in space: the SAFER.

Think about men who have to work outside the international space station: how do you guarantee safety during an operation? How can they work without risking an uncontrolled rotation and, subsequently, in a progressive departure towards the earth’s surface?

One person that really made the difference in this field is Dr Joseph Kerwin. Born on 19 February 1932 in Oak Park, Illinois, Kerwin became a doctor in 1957 (after his degree in philosophy in 1953). He became a member of the Air Force with the institute of medicine of the American aviation, he carried out a lot of activities with the rank of Captain and obtained also the qualification to pilot in 1962.

But from that moment his life changed. In fact, Kerwin was selected to become part of the fourth group of NASA astronauts. Kerwin never achieved the worldwide fame of Buzz Aldrin or Neil Armstrong. But he was CapCom of the Apollo 13 mission and entered as a crew in the Skylab2 mission as a pilot scientist.

He flew in space with Charles Conrad and pilot Paul Weitz. It was when he left the Navy and he left NASA, that Kerwin could give the maximum boost to his ideas. He became responsible for Lockheed’s activities and programs to ensure that the astronauts can safely fly outside the Orbiting Space Station and the Shuttle.

Kerwin understood with his staff that the astronauts needed light and reliable tools to fly and operate on the outer structure of the spacecraft. Thus the SAFER (Simplified Aid for EVA Rescue) built a jetpack with 32 nozzles that spray nitrogen under pressure and which guarantees stability and perfect mobility in space without gravity to the astronauts. His device has been tested twice in activities outside the ISS by astronauts.

To this project, Kerwin followed another type of vehicle, the Assured Crew Return Vehicle. In this case, it is the emergency and rescue cell that allows the astronauts to return to earth in dangerous situations. In his continuous experience (today Kerwin is director of the Life Sciences Office at the Johnson Space Center in Houston) Kerwin is studying new transport systems for astronauts both towards new planets, from these to the earth.

Astronauts response in space. How to test a stretcher on the…

Decentralized Waste for Water Management in Jakarta - Resilient Cities in the Word!

Ambulance in Asia: what are the most commonly used stretchers in Pakistan?