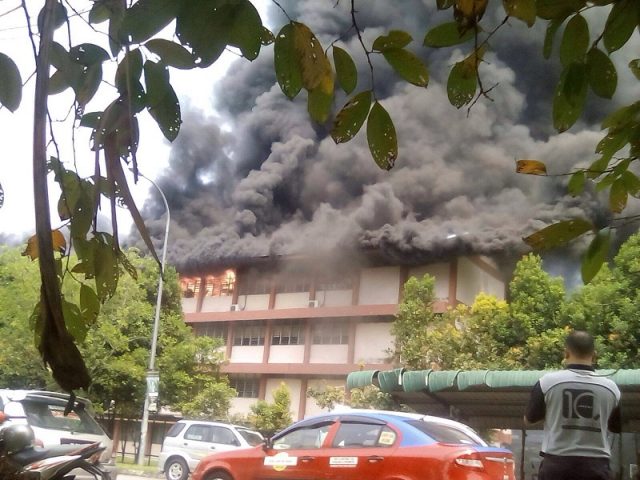 UPDATE – After the fire at the Islamic religious school, which killed 21 students and 2 wardens, 7 suspects have been arrested. All of them younger than 19.

The suspects were arrested by Royal Malaysian Police and they range in age from 11 to 18. They were “school leavers and dropouts,” Kuala Lumpur Police Chief Datuk Amar Singh Ishar Singh affirmed.
Witnesses said they have been awaken by the cry of children. The kids were trapped inside the school and tried to open windows grills without success.
Another fact, is that the building should have been closed at that time, authorities said.
However, the investigation into the fire’s cause continues.

MALAYSIA (Kuala Lumpur) – A fire broke out at a school of Kuala Lumpur on Thursday morning 14/09, killing 23 students.

When first responders and fire brigades arrived, almost the entire building was on fire. Students tried to open the windows’ grills, but they could not get out, eyewitnesses said. Two adults also died in the fire.

At Kuala Lumpur General Hospital., the Health Minister Dr S Subramaniam told, that the identification of the victims could still take days. Victims were all aged between 13 and 17.
Investigators are examining whether a electric short circuit could have caused the fire. However, the Deputy Inspector General of Police Noor Rashid Ibraham affirmed that a conclusion had not been reached yet.
At the moment, victims are 25.
Source: CNN
HealthLaw Enforcement
Share FacebookTwitterWhatsAppTelegramPinterestLinkedinEmail

LifeLink and the Emergency Medical Service in Namibia