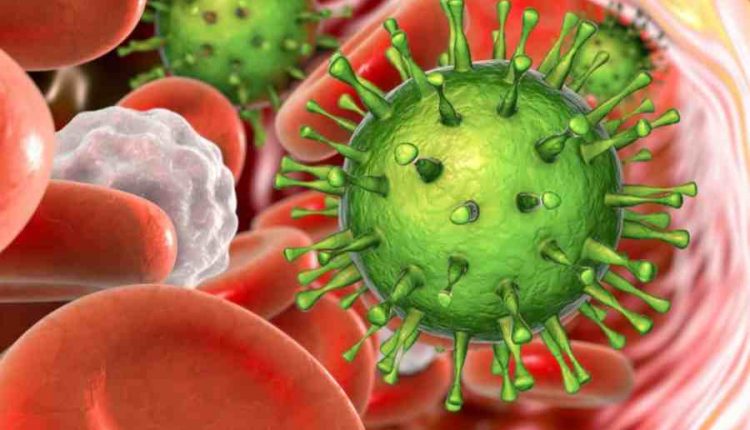 Cytomegalovirus: ‘They look like healthy cells and so they hide from the immune system, but they are infected by an insidious virus that can trigger serious infections in immunocompromised patients

“It is the cytomegalovirus, a widespread pathogen against which, however, the body has an effective weapon: a particular population of killer T lymphocytes”

“With special ‘sensors’, they intercept the infected cells and kill them. The mechanism was discovered by researchers at the Bambino Gesù Children’s Hospital together with the University of Genoa and the University of Melbourne”.

The results of the study open up new prospects for treating patients with poor immune defences, serious viral infections (including COVID-19) and even cancer.

The research, supported by AIRC, was published in the scientific journal Science Immunology.

In Italy, it infects about 90% of the adult population.

Once contracted, it remains latent in the body for life: a good immune system keeps it under control, but in immunocompromised people (undergoing chemotherapy, suffering from HIV or having received immunosuppressive drugs for an organ or bone marrow transplant), the virus can reactivate causing serious infections and possible damage to the lungs, liver, oesophagus, stomach, intestines, eyes and central nervous system.

A protein structure of the cytomegalovirus, which is almost identical to that of the cells in our bodies (self proteins), conceals it from the immune system’s weapons. In particular, it removes it from the action of ‘normal’ T lymphocytes, which are programmed to intercept and target only what is recognised as foreign (non-self proteins).

Research has shown, however, that the ‘self’ disguise of this virus does not escape the sensors of killer T lymphocytes.

The particular population of T killer lymphocytes – already identified in previous studies by the same Italian researchers who contributed to the research published in Science Immunology – as well as having the TCR sensor (T-cell receptor that recognises foreign proteins and is present on all T lymphocytes) are also equipped with other receptors, the same as those of Natural Killer (NK) cells.

Researchers at Bambino Gesù and the Universities of Genoa and Melbourne have now discovered that these additional sensors are able to intercept cytomegalovirus-infected cells and eliminate them, thus blocking the infection.

If the virus is camouflaged and its protein structure is not recognisable, the special receptor equipment of killer T lymphocytes can pick up other alarm signals, such as ‘stress’ proteins produced by infected cells or those that have undergone tumour transformation.

The study of the molecular mechanisms exploited by killer T lymphocytes against cytomegalovirus was conducted by researchers from the Immunology Area of the Bambino Gesù, directed by prof.

“The clue that inspired the research was precisely the presence on the surface of these particular lymphocytes, in addition to the canonical TCR, of receptors typical of NK cells, which we discovered many years ago,” says Prof. Maria Cristina Mingari, director of the IRCCS San Martino Immunology Laboratory in Genoa.

“These are real sensors that give a powerful activation signal to killer T lymphocytes if they recognise proteins expressed on the surface of cells infected by viruses, or tumours, but absent on healthy cells.

In fact, in many cases, the cells of our body react to an adverse event, such as a virus infection or tumour transformation, by exposing particular proteins on their surface to inform the immune system of the danger’.

Our study”, adds Prof. Gabriella Pietra of the University of Genoa, “has provided a further example of the strategy implemented by our immune system to avoid succumbing to viruses and evading their deceptions. In this case, it exploits these special troops of killer T lymphocytes.

These, not being able to count on the recognition of cytomegalovirus by the TCR, which does not recognise cytomegalovirus proteins similar to the “self”, have equipped themselves with weapons – the receptors – specific to NK cells, thus guaranteeing an effective defence, also in collaboration with the Natural Killer cells”.

The peculiar characteristics of the killer T-cell population may pave the way for new therapeutic strategies that can exploit them to the full, strengthening them or inducing their extensive proliferation in patients with serious viral infections, including COVID-19, or with cancer,” explains Prof. Lorenzo Moretta, head of the Immunology Research Area at the Bambino Gesù Hospital.

It is also possible to hypothesise its ‘preventive’ use to avoid reactivation of the cytomegalovirus, which occurs in around 30% of cases of immunocompromised patients, for example following a bone marrow transplant to treat serious leukaemia.

It should also be mentioned that this ‘cell therapy’ can be used in combination with other therapies, such as immunotherapy with checkpoint inhibitors, to increase its effectiveness’.

The discovery of the mechanism by which killer T cells are able to recognise cytomegalovirus-infected cells despite being ‘masked’ by healthy cells also offers very important clues for tumour immunotherapy.

Indeed, the protein (antigenic) structure of tumour cells is very similar to that of normal cells.

So the scenario is quite similar to that of cytomegalovirus.

Therefore, if recognition and killing of tumour cells by the TCR sensor is not possible, this can be done with the help of NK receptors.

USA, Lilly Antibody Drug Fails In A COVID-19 Study; Others Go On