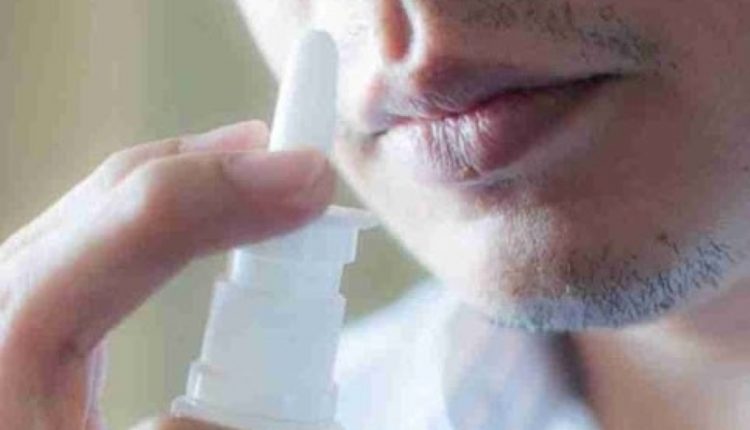 Intranasal Esketamine: treatment-resistant depression (TRD) is, unfortunately, a widespread clinical problem that is difficult to solve and which, in addition to causing suffering, reducing quality of life and potentially increasing suicide risk for patients suffering from it, leads to a significant increase in both direct and indirect healthcare costs

A new study on intranasal Esketamine

Esketamine, an isomer derivative of ketamine, has recently been approved in an intranasal spray formulation for the treatment of resistant depression as an adjunct to an SSRI or SNRI, but evaluations and studies from everyday clinical practice are, of course, needed in addition to the studies that led to the drug’s approval to demonstrate its efficacy in naturalistic settings.

How was the intranasal Esketamine study conducted?

The objective of this study, recently published in a prestigious scientific journal, was to evaluate the efficacy and safety of esketamine nasal spray in a clinical sample of patients with resistant depression from various Italian mental health services.

The REAL-ESK study, named after ‘real’ which stands for real world, i.e. clinical settings of mental health services, and ‘Esk’ which stands for esketamine, is an observational, retrospective and multicentre study including a total of 116 TRD patients treated with esketamine nasal spray.

Results of the study

The results of the statistical analysis showed a significant reduction in depressive symptoms at T1 and even more so at T2 compared to T0.

No unexpected safety issues were observed and side effect rates were comparable to those reported in the registration studies.

No differences in efficacy were found between patients with and without psychiatric comorbidities.

In conclusion, the results of this study, to which I also had the privilege of contributing, currently support the safety, tolerability and efficacy of esketamine in a real sample of patients with resistant depression.

The gradual spread of this new drug, which has now been on the market and in current use for several months in Italy too, may help to further confirm, both in the clinic and in research, the encouraging results of the studies carried out so far and, above all, may potentially represent a new treatment tool for depression resistant to common treatments, a pathology that still constitutes a major problem in the field of mental health.

Real-world experience of esketamine use to manage treatment-resistant depression: A multicentric study on safety and effectiveness (REAL-ESK study) – Journal of Affective Disorders 319 (2022) 646-654

What You Need To Know About Substance Use Disorder

Seasonal Depression Can Happen In Spring: Here’s Why And How To Cope

Don’t Ban Ketamine: The Real Prespective Of This Anaesthetic In Pre-Hospital Medicine From The Lancet

The Use Of Ketamine In Pre-Hospital Setting – VIDEO

Ketamine May Be Emergency Deterrent For People At Risk Of Suicide

What Is Ketamine? Effects, Uses And Dangers Of An Anaesthetic Drug That Is Likely To Be Abused

6 Ways To Emotionally Support Someone With Depression

What Is The Difference Between Anxiety And Depression: Let’s Find Out About These Two Widespread Mental Disorders

What Is Postpartum Depression?

How To Recognise Depression? The Three A Rule: Asthenia, Apathy And Anhedonia

Postpartum Depression: How To Recognise The First Symptoms And Overcome It

Agoraphobia: What Is It And What Are The Symptoms

The 10 most frequent causes of shoulder pain

Sinus tachycardia: what it is and how to treat it