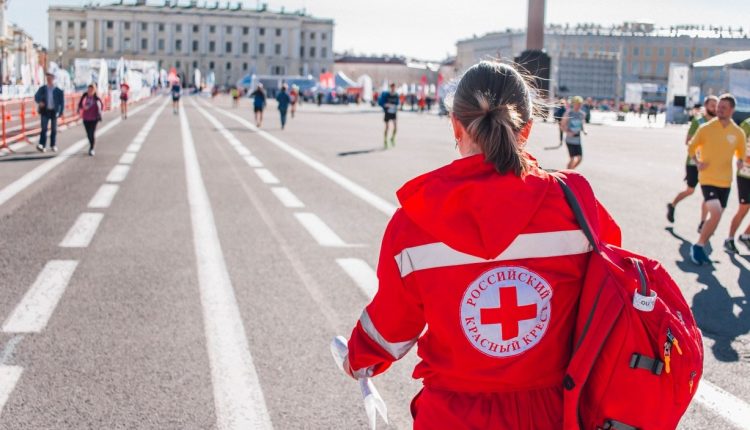 In the meantime, the actual activity of the Red Cross on Russian state territory began even earlier, when the Community of the Exaltation of the Cross of the Sisters of Mercy was established to provide care for the wounded and sick during the Crimean War and the first defence of Sevastopol.

But it was also instrumental in the subsequent formation of the institution of voluntary, independent, public organisations.

Throughout its history, the Russian Red Cross has consistently followed and continues to pursue its mission, which is the practical implementation of the ideas of humanism and philanthropy: alleviating and preventing people’s suffering.

Today, RKK has 84 regional and 600 local branches across the country, more than fifty thousand members and supporters of the organisation, almost a thousand employees, tens of thousands of active and dedicated volunteers.

The organisation annually implements up to 1500 various humanitarian programmes and projects in all subjects of the Russian Federation; prepares and conducts up to 8 thousand actions and events.

Every year, in almost every region of the country, hundreds of thousands of people receive assistance through the Russian Red Cross

RKK is a member of the International Red Cross and Red Crescent Movement, which unites more than 14 million volunteers.

Guided by the seven Fundamental Principles of the Movement, they help those suffering from hunger, cold, need, social injustice and the consequences of armed conflicts and natural disasters.

Over the years of its existence, the Russian Red Cross has accumulated a wealth of experience in international activities, mainly in the field of health.

Thus, in the 1940s and 1950s, the sanitary-epidemiological detachments of the Union of Soviet Red Cross and Red Crescent Societies (whose successor is the RKK) fought the plague in Manchuria, suppressed outbreaks of typhus in Poland, outbreaks of cholera, smallpox and other infectious diseases in the DPRK.

The RKK hospital in Addis Ababa continues to function today.

In 2011, the Russian Red Cross came to the aid of the Japanese people affected by the violent earthquake and tsunami following the accident at the Fukushima nuclear power plant.

In the 1990s, the ICRC delegation with humanitarian programmes in the North Caucasus and in 2014-2018, together with the Russian National Society, provided assistance to migrants from the territory of Ukraine.

The current cooperation between RKK and ICRC is based on a framework partnership agreement for the period 2022-2023.

Its key areas have been emergency response, first aid, restoration of family ties, dissemination of knowledge about the Movement and the basics of international humanitarian law.

Cooperation within the International Red Cross and Red Crescent Movement intensified in February this year due to the escalation of the Ukrainian crisis and the sharp increase in the number of migrants from the territory of the Donbass and Ukraine to Russia.

Today, the Russian Red Cross is one of the main coordinators of humanitarian assistance in the Russian Federation and works within the framework of #MYVMESTE.

During its work, the RKK has delivered over 1,000 tonnes of humanitarian aid, helped 80,000 people in need, regularly processes requests for individual assistance through its hotline, provides psychological assistance and helps restore family ties.

In 2021, with the election of the organisation’s new president, Pavel Savchuk, the Russian Red Cross embarked on a large-scale transformation, strengthening the capacity of its regional branches, ensuring financial stability and improving reporting, enhancing its status, including in the international arena, modernising and expanding programmes, strengthening cooperation with partners and developing relations with government agencies, as well as attracting even more supporters and volunteers to our ranks.

Thus, the National Society has entered a new qualitative phase in its development and the strengthening of its status as the country’s leading humanitarian agency.

The Other Side Of The Fighting In Donbass: UNHCR Will Support The RKK For Refugees In Russia