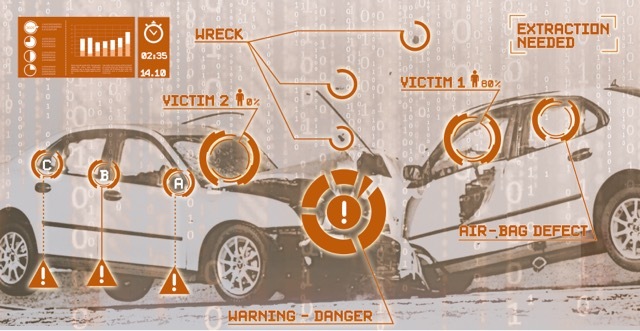 The Associação Nacional de Salvamento e Desencarceramento (ANSD), exclusive representative of the World Rescue Organisation (WRO) in Portugal, hosts of the next 15th and 18th October at the Park of Nations in Lisbon, the World Rescue Challenge 2015 (WRC 2015) . This is the biggest championship in the world of Trauma and Rescue, which will put in confrontation teams coming from various countries in the most advanced techniques of Relief, Rescue and Extrication.

More than fifty international teams, made up mostly of Firefighters, will compete in the WRC in 2015 at two levels, namely “extrication of road accident victims” and “Trauma”, making known the demanding world of advanced techniques used by rescue teams throughout the world, simultaneously raising awareness to the global problem of death on the roads. The teams will be evaluated by international juries in the areas of “command”, “pre-hospital care” and “technical response”.

Simulated scenarios of the competition will be the most possible approximate the reality: in a run up against a tight countdown, more than 120 cars will be destroyed and numerous victims characterized with special effects! Will be represented in WRC in 2015 the following countries: Australia, Germany, Brazil, Canada, Scotland, Spain, USA, France, Holland, England, Ireland, Italy, Luxembourg, New Zealand, Paraguay, Portugal, Czech Republic, Spain, Sweden and Switzerland.

The ANSD invites you already to be present in this will be the 17th edition of the WRC, a stunning and unforgettable event that takes place this year in Lisbon. The World Rescue Organization is a global organization that promotes and encourages the development of global concepts of rescue and extrication, based in parallel with the best emergency care to the victim. The Associação Nacional de Salvamento e Desencarceramento is an association without profit organization that aims to develop rescue and extrication activities, interalia, training courses, workshops, conferences, fairs and similar events in the area of providing relief. More information here