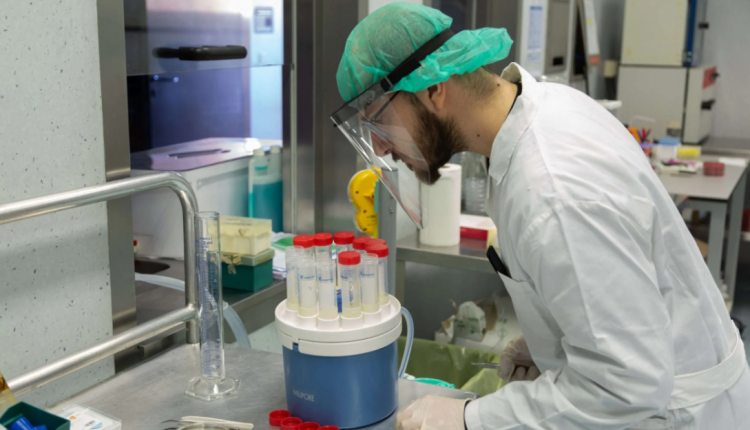 Covid, an aerosol against the virus and its variants: the discovery at Ceinge in Naples

Aerosol against covid and its variants: long-chain polyphosphates can be nebulised in patients suffering from the disease to counteract its effects. Validation of the therapy for human use is now awaited

Long-chain polyphosphates (PolyPs) can fight the disease caused by the Sars-CoV2 virus and its variants.

The discovery was made in the laboratories of Ceinge-Advanced Biotechnology in Naples and the researchers, in collaboration with a Korean pharmaceutical company, have prepared the solution containing them to be sprayed in aerosol in patients suffering from Covid-19

Before it can be used as a therapy, the aerosol solution will have to be validated for human use.

PolyPs (with chain >10 phosphates) are currently used as food additives.

It is also known that tetraphosphates and longer polymers are able to significantly inhibit HIV-1 infection in vitro.

PolyPs are able to inhibit Sars-CoV-2 entry and replication by reducing the proportion of Ace2 protein and viral RNA-dependent RNA polymerase through proteasome-dependent intracellular degradation.

And that’s not all. “Their activity – explains Veronica Ferrucci, researcher at the University Federico II and Ceinge – is also effective against the expression of cytokines that initiate the so-called ‘cytokine storm’ induced by the Sars-CoV2 virus.

It is therefore possible to hypothesise their use in preventive therapies or during the early stages of infection.

We have found that they are already effective through aerosol spraying.

This ability was measured in human cells in vitro in Bls3 laboratories after 72 hours of infection with the Alpha variant, whose entry and replication in human cells was inhibited by up to 99%.

Furthermore, the anti-viral efficacy of PolyPs is independent of Sars-CoV2 variants″.

Anti-covid aerosol: the results obtained by Professor Zollo’s team have been published in the prestigious international scientific journal Science Signaling (the discovery is the cover story)

The data obtained in vitro will now have to be validated in humans, but the experiments carried out so far offer a very encouraging prospect: ‘We were able to determine the efficacy of polyphosphates at a concentration 555,000 times lower than the maximum dose tolerated by humans,’ notes Zollo.

The work was also carried out thanks to the partnership with the Korean pharmaceutical company Haimbio, headed by Hong-Yeoul Kim, with whom we plan to further intensify relations, perhaps by setting up their headquarters for the European market in Naples”.

Satisfaction was also expressed by Pietro Forestieri, president of Ceinge: ‘We are talking about an important discovery, which is also having a wide worldwide impact.

We hope that human clinical trials will be authorised and carried out as soon as possible.

If the above-mentioned characteristics are confirmed (inhibition of virus entry and replication, action on the cytokine storm), we would be dealing with a drug/non-drug, of great efficacy, absolute safety, and easy accessibility and administration’.

The study benefited from important collaborations such as the one with the Istituto Zooprofilattico Sperimentale del Mezzogiorno (Giovanna Fusco, Pellegrino Cerino, Maurizio Viscardi and Sergio Brandi) and with La Sapienza University of Rome (Stefano Pascarella).

Italy, Kidney Tumour Extending Into The Heart Removed By Robot And Tumour-Suction Cannula