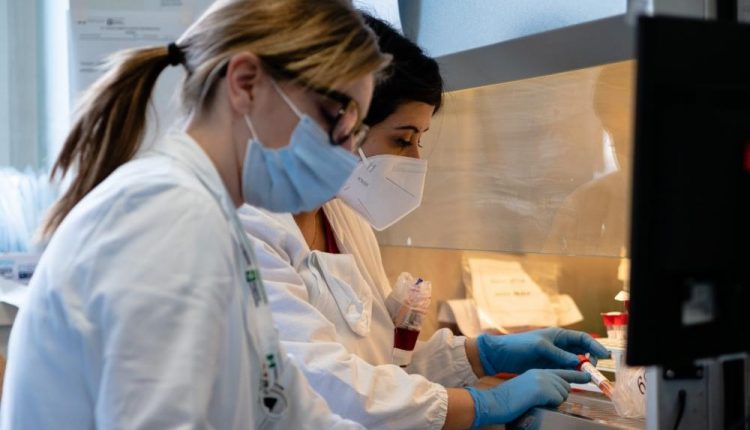 How long does the effect of the Covid vaccine last? Niguarda study on vaccinated health workers

Covid vaccine, Niguarda study on health workers: 3 months after the second dose, despite the expected reduction in antibody titer, the vaccine confirms its effectiveness

How long do antibodies really last after vaccine administration? How long will we be protected against COVID?

A great deal of research around the world is focusing on this key aspect in the fight against the pandemic, and although there is no definitive data yet, the studies conducted suggest that protection can actually be prolonged over time.

And now an all-Italian study, conducted by Niguarda Hospital in Milan, in collaboration with the University of Milan, is reporting encouraging results.

This is the ‘Renaissance’ clinical trial, which looked at a large sample of 2,415 healthcare workers who had received the Covid vaccine

The aim of the study was to assess the immune response by taking a snapshot of it at different time points.

Firstly, the response was assessed 14 days after the second dose (the results were released last March), and now the research is reinforced with data at 3 months after completion of the immunisation cycle.

“With the first analysis we had observed an antibody response in over 98% of the vaccinated,” says Francesco Scaglione, Director of the Laboratory of Chemical Analysis and Microbiology of Niguarda.

And what happened after 3 months?

After 3 months from the second dose, the antibody titer in the serum persists in all those who had responded positively to the vaccine,” continues Scaglione.

As expected, the average values detected have naturally decreased over time (by about 50% on average), but are still well above the threshold of negativity.

Confirmed data on the cut-off, i.e. the minimum antibody titre to be protected, are still missing.

We will certainly know more when the study completes its process, which includes dosing at 6 and 12 months. In the meantime, the validity of the vaccine is also confirmed by the fact that no one developed a symptomatic disease during the months of the third pandemic wave”.

Since the vaccination of the more than 4,500 employees was completed, none of them has developed symptomatic COVID-19.

Following health surveillance investigations, 14 people have tested positive, all of them asymptomatic or paucisymptomatic.

“This figure is also particularly positive. Considering the circulation of the variants, the study suggests that the vaccine may in some way confer protection even in these cases,’ Scaglione concludes.

It is important to stress, however, that the antibody response now observed in the research (IgG antibodies directed against the RBD receptor of the Spike protein) reflects only part of the complex protection mechanism activated by the body with the vaccine.

In addition to antibodies, there is the response mediated by cells such as memory cells and natural killer cells, which are the key elements for prolonged protection over time.

“At the end of the first phase of the study, we will investigate the response of T-cells, the ones in charge of memory, to understand if the vaccine can induce a very long-lasting immunity”- concludes the specialist.

While waiting to analyse how the immune system of Niguarda’s operators will respond 6 and 12 months after vaccination, the researchers of the Milan hospital also publish another research useful for the vaccination campaign.

In this case, with a retrospective analysis, they evaluated the impact of vaccination on workers to establish whether the extent of side effects was such as to adversely affect the ongoing activities of the hospital.

Starting from an even larger sample than that of the Renassaince study, with a sample enlarged to 4,043 people, the research reveals that only 1.6% of Niguarda’s professionals had to take time off work due to side effects (however mild) after the first administration of the Comirnaty vaccine and about 6% after the booster (which, as is known, evokes a stronger response than the first injection).

On average, absences were 2 days, with side effects more pronounced in workers who had previously contracted the virus.

This type of investigation shows that a broad vaccination campaign within a company does not critically interfere with work activities, confirming once again the importance of the broadest possible immunisation, which reduces the risk of falling ill due to COVID.