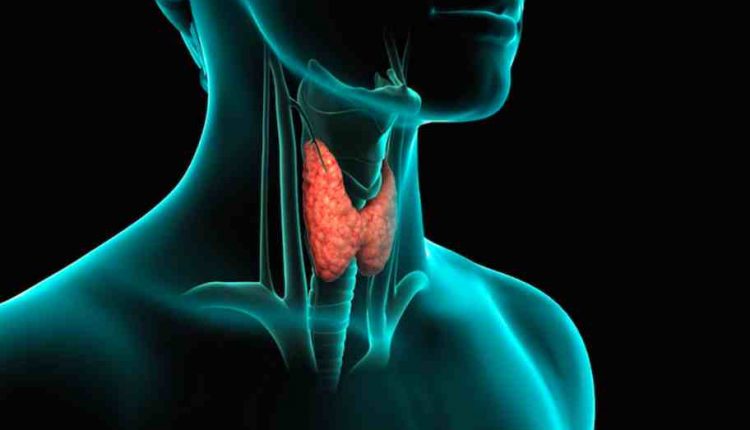 More and more often, we hear about people with thyroid problems, who are on thyroid hormone replacement therapy, or who may have nodules that need to be monitored over time or a pronounced goiter

1. What is the thyroid gland and what is it for?

It is an endocrine gland, meaning that it produces hormones.

It is located at the front base of the neck and secretes hormone, which:

This is why its circulating level must be optimal from the start of pregnancy and must remain so throughout the subject’s life, from birth onwards.

TSH is a hormone produced by an endocrine gland at the base of the brain called the pituitary gland, which is largely responsible for controlling hormone production by the gland.

If the gland produces too little hormone, TSH increases to stimulate the gland to produce more hormone; however, if too much hormone is produced, it limits its production.

Diseases that can frequently affect the gland are auto-immune: diseases that produce auto-antibodies (antibodies produced against one’s own body) that damage the thyroid and lead to

These diseases are called thyroiditis, because they are associated with inflammation of the thyroid gland.

The thyroiditis that most frequently leads to hypothyroidism is Hashimoto’s thyroiditis, which can occur in up to 15% of females and 5% of males.

Basedow’s disease, on the other hand, gives rise to hyperthyroidism.

There are also other forms of thyroiditis and other thyroid diseases, which can alter thyroid hormone production.

Thyroid goiter, or a goiter in the middle of the neck, is the enlargement of the gland and can be present in both hyperthyroidism and hypothyroidism.

It can affect the whole gland or only part of it, being due to one or more thyroid nodules.

These nodules are quite common and should be studied by an endocrinologist.

The reassuring fact is that less than 0.5% of nodules are malignant and it should be pointed out that thyroid cancer is almost always curable.

5. When to check your thyroid

An assessment of the gland is done as a screening at birth.

It must be carried out in anticipation of pregnancy and then throughout the 9 months.

Checks should be carried out periodically, especially in:

6. Iodine and the thyroid

The hormone has iodine as a fundamental element and the body must be guaranteed a constant nutritional supply of this element.

Often this element is insufficient, so using iodized salt to season food, eating certain foods (such as fish, shellfish, seaweed and eggs) or going to the seaside can help and partially compensate for its deficiency.

In addition to substitution therapy, which must be maintained, small lifestyle measures can help.

Hashimoto’s Thyroiditis: What It Is And How To Treat It

What is a lipoma and how to treat it