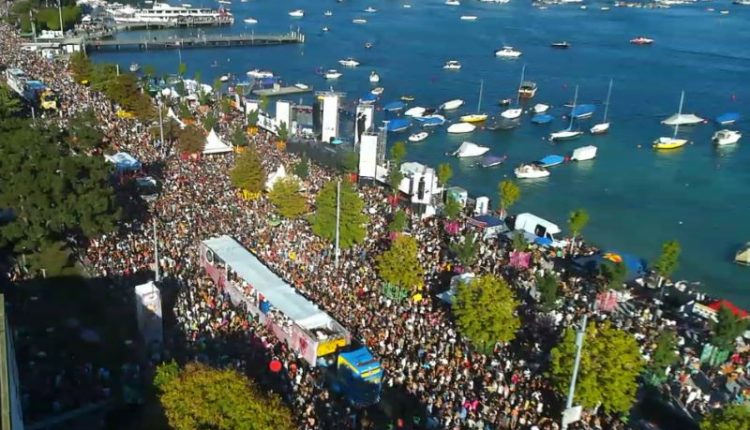 Fotokite drones supported the safety of the Zurich Street Parade, during one of the largest techno events in the world

Over 900,000 people danced on the streets of Zurich, while Fotokite’s drones monitored the crowd and ensured constant safety

Taking the timely security measures and limiting potential risks is crucial during any major event.

How can the security issues be addressed in the best possible way?

Before considering the most appropriate measures, it is necessary to make an important clarification: the difference between safety and security.

With the term security, on the other hand, we refer to the services of public order to be available at the event, in the prevention of criminal acts.

Several parameters are should be kept in mind when planning the safety of an event.

Among these, the evaluation of the Maurer Algorithm is fundamental once the location of the event has been identified.

But what is Maurer’s Algorithm?

Maurer’s Algorithm was devised by Klaus Maurer in 2003, while he was the head of the Karlsruhe Fire Department.

It arises as a method developed for the assessment of risks in large events.

This algorithm is able to determine the potential risks of an event and the possible size of the emergency support needed.

In this regard, the utilitarian value of drones during events of this magnitude is quite evident.

Persistent monitoring, birds eye view of the crowd and ability to gain view of unaccesible areas to help to identify easier paths for rescuers are some of the benefits drones.

The drones, with a bird’s eye perspective, supported local authorities for effective and safe crowd management.

One safety critical situation was flagged when Fotokite operators detected a high volume of attendees crowding one of the entry roads to the parade.

Security teams were then able to reroute the partygoers to a safer passage.

Fotokites have an unlimited flight time which makes them the ideal solution for aerial crowd management, ensuring the safety of participants at major events.

The reinforced ultra-thin cable that connects the kite to the ground station serves as an interference-free connection and power source that allows the system to fly for over 24 hours on the go, or for as long as the mission requires.

Moreover, the Fotokite Sigma system does not require active piloting, hence it is very easy to use

The live video feed on the rugged tablet is standard and can be shared with team members on scene to help better coordinate response.

Fotokite Sigma systems are regularly used even in adverse weather conditions such as strong winds, snow or rain (degree of protection IP55)

Built in safety redundancy of Fotokite makes it a go to tool for aerial footage during any emergency scene.

Fotokite, founded in 2014 and of Swiss origin, has offices in Zurich, Syracuse (NY) and Boulder (CO).

Chlamydia, symptoms and prevention of a silent and dangerous infection