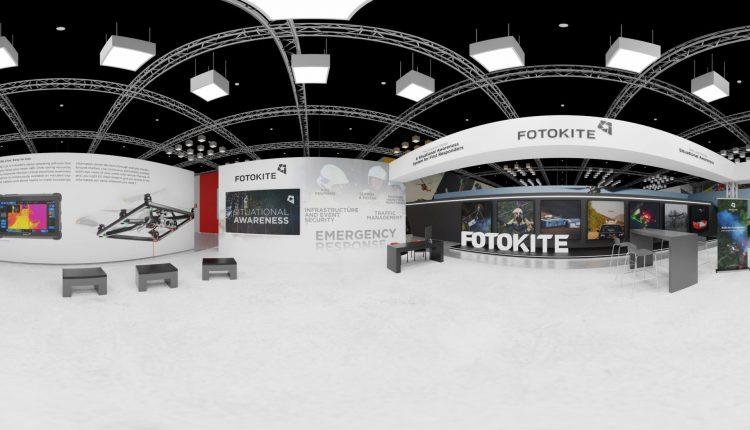 Fotokite is present for the first time at Interschutz: on display the Fotokite Sigma drone system for first responders

The Fotokite team is pleased to announce its first participation in the international trade fair Interschutz 2022, which will take place from 20 to 25 June

More than 1500 exhibitors and more than 160000 industry experts will take part in the worldwide exhibition, focusing on innovations in firefighting, safety and digitisation.

Located in Hall 16 at Stand E42, Fotokite will showcase the Fotokite Sigma system flights in Transport Case and Vehicle-mounted configurations, as well as the latest Video Live-Streaming software solutions throughout the show.

A leading Swiss company, Fotokite deals with the construction of robots and in-house software dedicated to first responders

The Fotokite Sigma is an industrial-grade, IP55-rated tethered drone system consisting of the ground station and kite.

Fotokite Sigma systems facilitate the safety of rescuers by launching, flying and landing at the push of a button.

Capable of true autonomous flight with unlimited flight time, the Fotokite Sigma does not require active piloting and therefore allows teams to be easily trained and, once in the field, concentrate on their mission while providing real-time, low-light thermal imagery from a height of up to 45 metres (150 feet).

The drone’s ease of use and quick set-up times allow first responders to access safe and reliable aerial views in seconds to help them understand incident scenes.

A total of 10 Sigma Fotokites will be presented at the exhibition, a unique opportunity to discover or rediscover the technology developed by the Swiss company during a flight demonstration.

You can also contact the Fotokite experts directly at sales@fotokite.com and book an appointment or a demonstration during the Interschutz exhibition.

Wide Group SpA at the service of Volunteers: insurance solutions on Emergency Expo