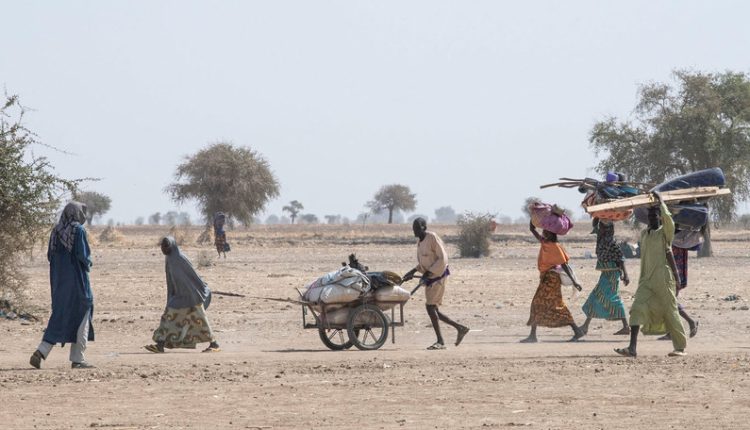 Boko Haram is still in action in Central Africa. Chad is one of the main hit states that suffer violence.

“The attacks led to the killing and abduction of many civilians, including women, children and displaced persons who had fled the violence,” UN spokesman Farhan Haq said in a note, referring to the assaults in the Lake Chad province and the North Cameroon region on July 31 and August 2.

The news reports declared responsibility for this recent assault of Boko Haram jihadists. Mr Haq explained that “those who did this violence escalation must be found. International human rights law and international humanitarian law must be fully respected and all civilians in Cameroon and Chad must be protected.”

In conclusion, the spokesperson reiterated the UN’s “continued” support to the countries of the Lake Chad area in their efforts “to overcome the scourge of terrorism and address the security, political, humanitarian and socio-economic challenges in the region”.

On Tuesday morning, the United Nations refugee agency (UNHCR) expressed outrage at an “unprovoked and brutal attack” on 800 internally displaced persons in a camp in the north of Cameroon.

The UNHCR spokesman Babar Baloch, during a press meeting in Geneva, stated: “At least 18 people were killed and 11 injured in the incident during the early hours of Sunday 2 August,”

While some of the injured were evacuated to Mokolo District Hospital, an hour’s drive from Nguetchewe, another 1,500 people, including the terrified inhabitants of the host village, fled to the nearby town of Mozogo for security reasons.

“The UNHCR is deploying an emergency mission to assess the situation and assess the protection and health needs of those affected, Baloch said.

This attack follows a significant increase in violent incidents in the Far-North region of Cameroon in July, including looting and kidnapping by Boko Haram and other armed groups active in the region.

The Far-North region, hidden between the states of Borno and Adamawa in Nigeria and Lake Chad, is currently home to 321,886 internally displaced persons and 115,000 Nigerian refugees.

The UNHCR spokesman called this incident “a sad reminder of the intensity and brutality of the violence in the Lake Chad basin region, which has forced more than three million people to flee”.

“The UNHCR calls on all actors to respect the civil and humanitarian aspect of the camps and to respond promptly to the urgent needs of people who have fled the violence and suffered numerous displaced persons,” the UN refugee agency spokesman concluded.

Boko Haram, a danger for children in Chad and Cameroon

Meanwhile, the United Nations Children’s Fund (UNICEF) has condemned the attack on civilians in Nguetchewe, expressing its deepest condolences to the families of the victims.

According to preliminary reports, 10 children lost their lives in the attack, which also injured five.

UNICEF quoted estimates saying that since January 2017 attacks in the Far North region of Cameroon may have massacred more than 150 children.

The UN agency stressed that “unacceptable” violence against children is “a serious violation of children’s rights”.

Anti-terrorism operation: What is happening in Saint-Denis?

What does brain death mean? For the first time five federations came together to develop a consensus statement

Emergency Medical Technicians recruitment in the UAE: the cooperation of National…