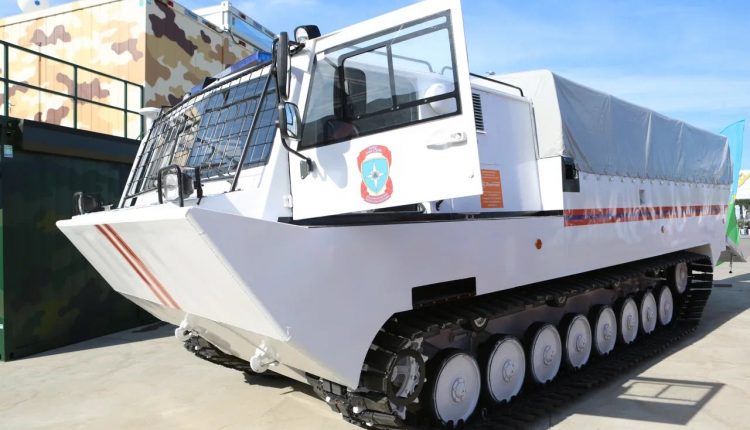 On the occasion of Russia’s Science Day, celebrated on 8 February, EMERCOM, Russia’s Ministry of Emergency Situations, presented the most innovative or currently being tested equipment for firefighters and rescuers

A pilot operation of a series of developments by the Russian Research Institute for Civil Protection and Emergencies of the Russian Ministry of Emergencies was conducted in 2021.

The machine is designed to operate in operational scenarios with destroyed infrastructure and in flood-prone areas.

But that’s not all: the rescue centres in Siberia and Amur have already carried out a test operation of a multifunctional unmanned aerial vehicle system based on a vehicle on an all-terrain chassis.

EMERCOM, among the department’s priority areas of activity, a significant part is occupied by the development of modern models of fire and rescue equipment

It is planned to create universal mobile complexes for the prevention and extinction of natural fires in the protection of settlements and adjacent territories, ultra-modern firefighting and rescue vehicles based on advanced technologies.

EMERCOM Of Russia Calls To Equip Houses With Fire Detectors

Cuba, Covid Soberana 02 and Abdala vaccines also effective against Omicron in 90% of cases