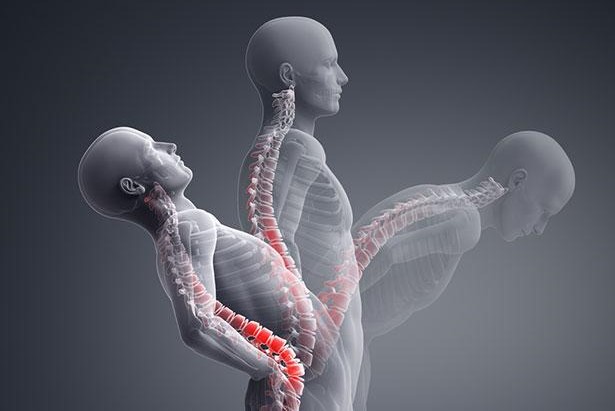 Ankylosing spondylitis is a chronic inflammatory rheumatic disease that mainly affects the spine, making it stiff and also causing difficulty in movement.

Ankylosing spondylitis: what does a completely blocked back reveal?

Ankylosing spondylitis is more common in men than in women and has an incidence of between 0.2 and 1%.

In the most severe forms, the spinal column fuses to form a single structure, preventing the patient from walking and performing the simplest gestures, such as raising his or her head to the sky.

Although the causes of the disease are still unknown, according to the latest studies, it seems that a gene involved in the activation of the immune system is responsible for its onset.

This gene attacks joints that it mistakenly recognises as foreign material and triggers the inflammation of spondylitis.

Generally, the first symptoms appear at a young age, between 20 and 40 years of age. The earliest and most typical symptom is inflammatory low back pain.

This inflammation presents itself with pain in the lumbosacral region, but can also spread to other areas of the body (back and neck).

Unlike common back pain, the pain is very often associated with a state of morning stiffness that tends to improve with movement and not with rest.

In this case, the traditional X-ray of the pelvis and spine remains the main examination to undergo, although the changes in the pathology only become visible years after the clinical onset.

Prehospital Spine Immobilization In Penetrating Injuries: Yes Or No? What Do Studies Say?

Ivory Coast, medical supplies to over 1,000 health facilities thanks to Zipline drones