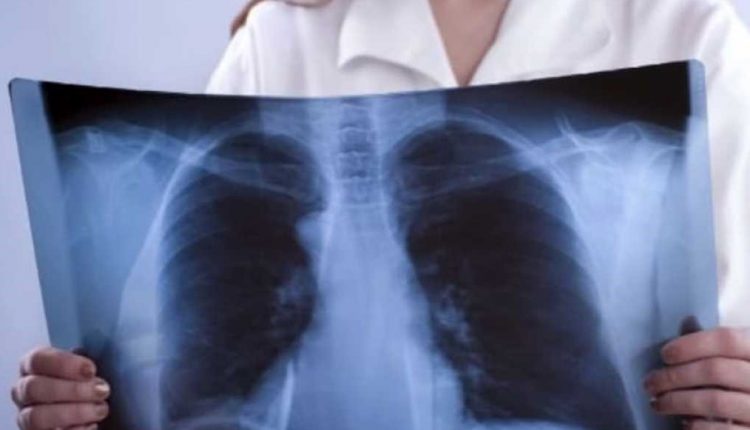 The term atelectasis refers to the collapse of one or more areas of the lung associated with a loss of volume. Under normal conditions, when one inhales, the lungs fill with air

This air travels to the alveoli, the small cavities located at the end of the bronchioles that are responsible for allowing gas exchange between air and blood.

In the case of atelectasis, these small air sacs deflate and cannot inflate properly and/or absorb enough air and oxygen.

If the disease affects a large enough area, the blood may not receive enough oxygen, which can trigger various health problems.

Generally, it is not life-threatening, but in some cases it must be treated quickly.

Atelectasis: what it is

Atelectasis is one of the most common respiratory complications after surgery.

It is also a possible complication of other respiratory problems, including cystic fibrosis, lung tumours, chest lesions, fluid in the lungs and respiratory weakness.

Atelectasis can make breathing difficult, particularly if one already suffers from lung disease.

Treatment depends on the cause and severity of the collapse.

What are the signs and symptoms? If atelectasis only affects a small area of the lungs, the person may not even have any symptoms.

But if it affects larger areas, the lungs cannot fill with enough air and the oxygen level in the blood may decrease.

When this happens, annoying and unpleasant symptoms may occur, including:

If you experience these symptoms and have difficulty breathing, you should consult your doctor for diagnosis and treatment.

Keep in mind that other conditions, including asthma and emphysema, can also cause chest pain and breathing problems.

Why a lung can collapse

Atelectasis can be triggered by many factors: potentially, any condition that makes it difficult to take deep breaths or cough can lead to a collapsed lung.

The most common reason for people to develop this disease is surgery.

It must be known that anaesthesia can affect the patient’s ability to breathe normally or cough as it changes the normal breathing pattern and affects lung gas exchange.

All this can cause the air sacs (alveoli) to deflate.

In addition, the pain that is often experienced following surgery may make deep breathing painful: as a result, one may be inclined to adopt continuous shallow breathing, which may favour the development of the disease.

This explains why almost everyone who has undergone major surgery develops a more or less severe form of atelectasis.

Other possible causes of this pathology are:

Atelectasis is not to be confused with pneumothorax, another condition that commonly causes a collapsed lung.

It is the presence of air between the lung and chest wall.

Factors that increase the likelihood of developing this disease include:

What is involved in atelectasis

A small area of atelectasis, especially in an adult, is usually curable.

However, one should be aware that this disease can give rise to the following complications

Some research suggests that performing deep breathing exercises and muscle training may reduce the risk of developing atelectasis after surgery.

In addition, many patients in hospital are given a device called an incentive spirometer that can encourage them to take deep breaths, thus preventing and treating atelectasis.

If you smoke, you can reduce your risk of developing the condition by stopping smoking before any operation.

Atelectasis in children is often caused by an airway blockage.

In such cases, to reduce the risk of atelectasis, keep small objects out of reach of children.

WOULD YOU LIKE TO GET TO KNOW RADIOEMS? VISIT THE RESCUE RADIO BOOTH AT EMERGENCY EXPO

Oxygen-Ozone Therapy: For Which Pathologies Is It Indicated?

What Is Intravenous Cannulation (IV)? The 15 Steps Of The Procedure

Nasal Cannula For Oxygen Therapy: What It Is, How It Is Made, When To Use It

Pulmonary Emphysema: What It Is And How To Treat It. The Role Of Smoking And The Importance Of Quitting

Bronchiectasis: How To Recognise And Treat It

Pulmonary Vasculitis: What It Is, Causes And Symptoms