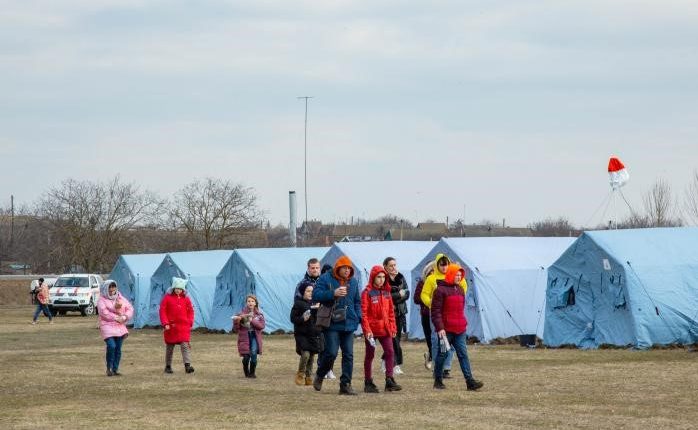 Ukraine, from nightmares to irritability: signs of post-traumatic stress in children

These are some of the signs indicative of post-traumatic stress disorder that may be found in children, fleeing the war in Ukraine

At this early stage “it is difficult to understand how traumatised these children may be, much depends on how protective the environment created around them has been.

Certainly there are signs and they have to be identified”.

So says Marco Mazzetti, paediatrician, psychiatrist and president of the Italian Society of Medicine of Migration (Simm).

Children from Ukraine: first of all the so-called ‘intrusive symptoms

Children can have recurring nightmares in which they relive traumatic events, such as the bombings,” explains the psychiatrist, “but also frightening dreams whose content they do not remember when they wake up.

Traumatic memories can also come back frequently against their will, sometimes in the form of flashbacks, i.e. the feeling of reliving the moments of the trauma, even in waking conditions,’ Mazzetti explains.

In these cases children can show dissociations, they become as if absent, looking into the void, as if far from the present reality because they are ‘elsewhere’ living the traumatic experience’.

Intrusive thoughts can also be suspected ‘when children tend to play games that repeat the traumatic experience,’ says Simm President.

For example, if they play bombing games. These are small, instinctive attempts to overcome the trauma they have experienced.

Sometimes, they may also manifest physical discomfort such as tachycardia, nausea, severe headaches, in response to stimuli that in some way remind them of the trauma.

“Mazzetti goes on to explain that there is a group of symptoms that we call ‘avoidance symptoms’, i.e., children try to avoid memories related to the trauma, they say they don’t want to think about it.

It is one of the frequent problems of psychotraumatology,’ says the expert, ‘as if people use half of their psychic activity to involuntarily remember the traumatic event and the other half, instead, to voluntarily try to fight it.

This condition in which half the mind fights against the other half creates a kind of ‘paralysis’ whereby people have no mental energy left to do anything else’.

A condition ‘that we sometimes observe in people who arrive from war zones,’ Mazzetti says, ‘and an indicator of a post-traumatic stress disorder that has become chronic may be, for example, the fact that they are unable to learn the language even after months in Italy, because their minds are imprisoned by the memory of the trauma.

Other signs of the disorder may be that ‘people tend to avoid situations that remind them of the trauma in some way.

If, for example, they were outdoors at the time of the bombing, they don’t want to leave the house because it reminds them of the traumatic situation’.

Mazzetti goes on to explain that those who experience post-traumatic stress disorder ‘may have difficulty remembering specific moments of the trauma, as if the mind had erased them.

In those moments, moreover, negative beliefs about themselves, others, and the world are unconsciously fixed in the mind, and until these are treated or processed, they can heavily influence the lives of victims.

Beliefs such as ‘I’m always in danger’ or ‘I can’t rely on anyone’ can cause people to adopt a very fearful attitude and withdraw from human relations.

Hyperarousal in children arriving from Ukraine

Finally, ‘there are signs of a basic state of heightened alarm, which we call hyperarousal,’ Mazzetti says. ‘In children we can suspect something of this kind when we see them being particularly irritable, when they get angry easily and perhaps attack others.

The hopeful note is ‘that we human beings are well made and have a great ability to recover from negative events in life: even from most traumas we come out well.

But some do not, and need help.

So it is essential,” Mazzetti reiterates, “that Ukrainian children and their families receive a careful, accurate and professional welcome when they arrive in Italy.

In particular, Mazzetti stresses: “These children must be guaranteed a welcoming, reassuring and reserved environment.

They, as well as the adults accompanying them, need to feel that they are in a protected place.

This is why, together with other associations, we are urging the government to strengthen the ordinary reception system for asylum seekers, the Sai, a system essentially made up of what we call ‘widespread reception’, usually small flats, instead of the extraordinary system, made up of extraordinary reception centres that are often large and not infrequently noisy and even chaotic structures,” Mazzetti stressed.

Children who come from a country at war,” he continues, “need to recreate as soon as possible a protected, quiet, domestic atmosphere in which they can relax.

And that’s not all. They need a professional welcome,” the doctor emphasises, “which is why it is necessary to provide for their arrival, for example, the presence of competent educators who know how to offer protection and care, reassuring figures who can also help the mothers, grandmothers or aunts who accompany them, adults who may also be in difficulty.

Mazzetti, who has also been a cooperating doctor, explains that coming from war zones “entire families are traumatised.

The mothers, aunts and grandmothers with whom the children run away are women who are worried about having left their husbands in the war, upset by the bombings and having to leave their homes in a hurry.

These are people who are themselves in a state of serious anxiety and may not be able to look after their children well,’ concludes the psychiatrist, ‘and so they need professional help.

What Is Psychological First Aid (PFA)? The Importance Of Mental Support In Trauma Victims

Conflict in Ukraine, French rescuers and volunteers provide an ambulance and humanitarian aid for Vinnytsia