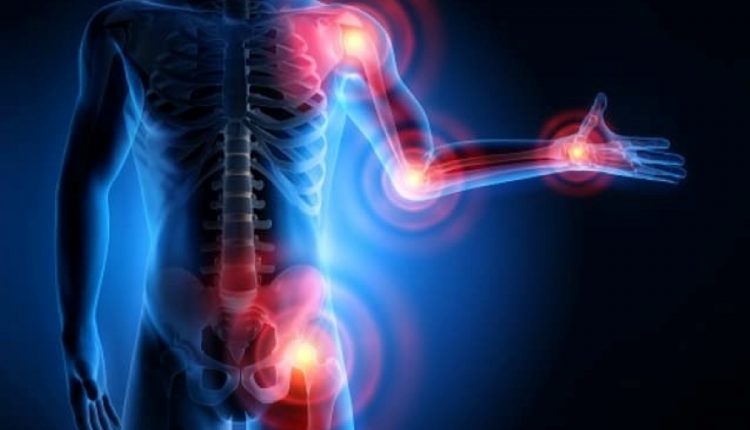 What is the link between positive ana and joint pain?

These are used to evaluate the presence of certain types of autoimmune diseases, primarily Lupus.

But is there a real association between joint pain and ANA positivity? Could this symptomatology be a red flag for possible autoimmune diseases?

What are ANAs and how are they measured

Some means available to our immune system for defense against infection are antibodies, which are proteins produced by certain cells of immunity called plasma cells, directed against certain structures of pathogenic organisms.

However, sometimes it may happen that instead of being directed against an ‘external’ organism, such as a virus or bacterium, they instead go against structures present inside our body: an example of this is precisely ANAs.

The appearance that fluorescence takes on microscopic test is called a pattern and can be of many types.

Some of these patterns may already be indicative of the presence of a certain type of ANA, while other patterns are not specific and may be given by many types of antibodies, even those not responsible for pathology.

The other value that is reported in the report besides the pattern is the titer, which expresses the amount of ANA we have in our blood.

This value is expressed as a fraction, which indicates up to what dilution ANA is found at IFI

For some diseases the cut-off (limit) of positivity may be 1:80 or 1:160 depending on the laboratory and especially the clinical picture.

ANA positives and joint disease: is there really a correlation?

As mentioned then, an ANA positivity, especially a low titer, is not sufficient to make a diagnosis of a connective tissue disease.

Moreover, a direct correlation of ANA positivity with the pain symptom has never been demonstrated.

They, as already reiterated, are biomarkers of the possible presence of a systemic inflammatory pathology that, in turn, may be responsible for the joint symptoms complained of by the patient.

It should be pointed out, however, that connectivitis is considered a rare disease, meaning that it affects less than 0.05% of the population (as defined by the European Union), so one should be cautious about suspecting these diseases in the first instance in patients with only joint pain.

Interpreting any ANA positivity as ongoing systemic autoimmune disease could lead to even serious health consequences for patients, such as exposure to potentially unnecessary immunosuppressive drugs, which would lead to an increased risk of developing infections, and more.

In addition, ANAs tend to become positive in the absence of systemic disease in the elderly, an age group where joint symptoms are mostly due to conditions such as osteoarthritis that has nothing to do with ANA positivity.

Finally, it should be kept in mind that even in the case of the presence of a systemic autoimmune disease, other systemic and/or osteoarticular pathologies (e.g., diabetes, osteoarthritis, etc.) can be superimposed that can bring joint symptoms and disabilities, even to a considerable extent.

Thus, there is no direct correlation of ANAs with the pain symptom, but ANAs are potential markers of an autoimmune pathology that in turn, and in some cases, can lead to joint pain.

Therefore, the decision of ANA determination, but especially the interpretation of ANAs, must be made in a specialized setting in light of:

In cases of doubt, the rheumatology specialist has the option of proceeding to second- or third-level tests, which are useful in assessing the actual presence, or exclusion, of a chronic inflammatory disease.

Psoriatic Arthritis: How To Recognize It?

What Is Ankle Arthrosis? Causes, Risk Factors, Diagnosis And Treatment

Unicompartmental Prosthesis: The Answer To Gonarthrosis

Arthrosis Of The Hand: How It Occurs And What To Do

Rheumatic Diseases: The Role Of Total Body MRI In Diagnosis

Tinnitus: what it is, symptoms, causes and treatment

Entropion: the symptoms and how to treat it