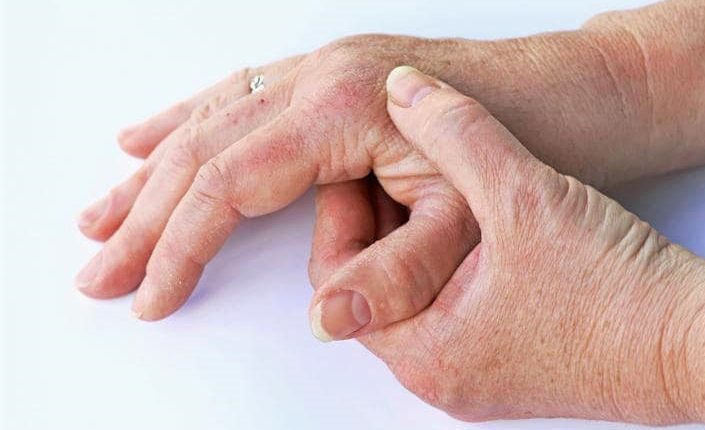 The first of these, unfortunately not modifiable, is familiarity, i.e. the presence in the family of other cases of arthrosis, and also the female gender: women, in fact, tend to develop an earlier and more severe picture of arthrosis than men.

Women tend to develop arthrosis earlier and more severely than men. One risk factor that can be addressed is weight: obesity and overweight increase the likelihood of arthrosis.

The main criterion for recognising arthrosis is joint pain, which is mainly related to joint use or loading and is associated with a short period of stiffness in the morning, for example in the fingers of the hand, which makes it impossible to grip a pen properly.

If, however, this type of stiffness continues for more than 30-60 minutes, then an inflammatory disease, such as arthritis, and not a degenerative one, such as osteoarthritis, may be suspected.

The pain associated with osteoarthritis is chronic and subtly increases over the years, and tends to worsen to the point where normal joint activity is impaired.

It is a pain that worsens with use and load: for example, if we are talking about knee arthrosis, a downhill run on a mountain path is one of the worst stimuli for pain.

What are the types of arthrosis?

Arthrosis can be localised, i.e. present in certain areas, such as the hand, where the joints most affected are the distal ones and the base of the thumb, or generalised, if it affects several areas at the same time.

Arthrosis is also distinguished between primary, i.e. without a cause that can explain the mechanism of degeneration of the joint, and secondary, i.e. depending on a specific cause, for example anatomical, which leads to poor alignment of the joints.

The most frequently affected district is the spinal column, particularly in the cervical and lumbar tracts.

But pathologies of the knee, hips and hands are also very common.

Arthrosis: What tests should be done to diagnose it?

The main test to diagnose is the plain X-ray of the joint under load, which allows us to assess whether the two bone heads within the joint are particularly close together.

But a number of other investigations are also useful to rule out various forms of inflammation, such as arthritis.

In other cases, such as a suspected arthrosis of the shoulder, which could easily be confused with tendon pain, X-rays are supplemented by ultrasound and MRI scans.

The aim of therapy is to reduce pain and allow the limb to function properly.

When we talk about anti-inflammatory drugs we are not talking about a real cure, because they do not restore the joint to its original state, but their use – always under medical supervision and if there are no contraindications – allows the symptoms to be controlled.

In addition, new and innovative therapies for pain control are being developed, involving the use of biological drugs which are not yet available in all countries.

The aim of treatment is always to reduce pain and maintain functions in daily life, so the first step is to use milder painkillers, such as paracetamol, or the judicious use of anti-inflammatory drugs.

Then, if the situation is more severe, infiltrative therapies can be used, such as those based on hyaluronic acid, up to orthopaedic treatments, such as regenerative ones, or prosthetic surgery.

12 Essential Items to Have in Your DIY First Aid Kit

Tourette syndrome: symptoms and how to treat it