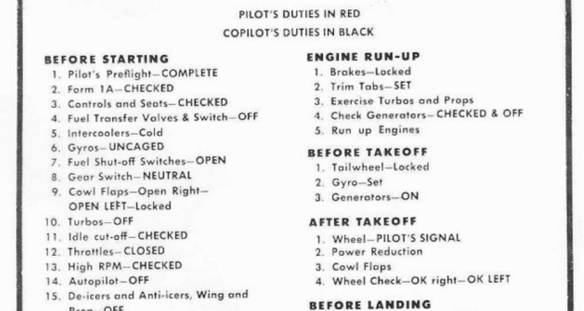 How does it work checklist in the Aukland HEMS?

The origin story of checklists goes as follows: A pilot in the 1930’s stepped off a newly built bomber and said something along the lines of “that is too much plane for one person to handle”. In an ever more complicated world, those words echo true today – especially in the field of medicine. For example, the act of intubation carries many steps – all important: pre-treatment, induction, intubation, back-up plans, confirmation of tube placement, post-tube sedation, and post-intubation care. A post written two years ago by then Auckland HEMS Fellow Dr. Robert Gooch outlines this ever-complicated environment, and the ultimate goal of reducing burden on clinicians.

When it comes down to it, checklists were created for two simple reasons – to avoid disaster, or to guide reaction to disaster. During the period after Hurricane Katrina, relief efforts had to be coordinated on scales ranging from the individual to the national level. There were many private companies and local rescue services who rose to the challenge. To quote Atul Gawande in the Checklist Manifesto, ‘They had made the reliable management of complexity a routine’. They took chaos, and made it resemble order. A skilled clinician does this on a daily basis, but problems arise as clinical situations become unfamiliar, or teams become larger – such as an unexpected difficult airway scenario in an Emergency Department resuscitation room.

Usability of a checklist – CONTINUE