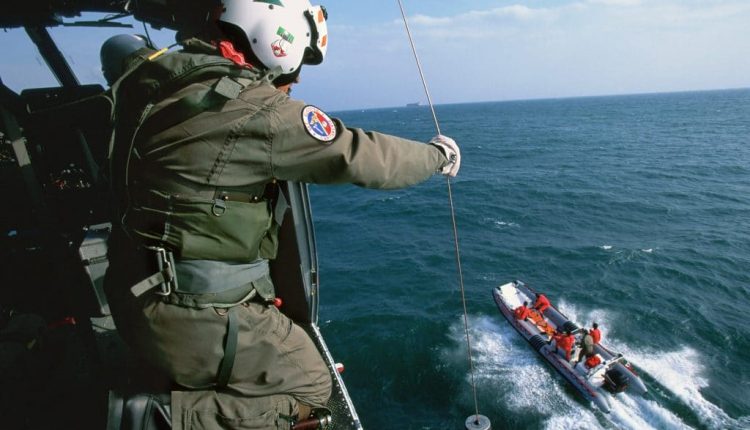 The private flying Search and Rescue service of NGOs which is active throughout the Mediterranean Sea is raising a lot of chaos and discussion. That’s why NGOs cannot use it.

ENAC (Italian Civil Aviation Authority) – together with the Maltese Air Company – is preventing the flight of two aircraft, a Currus Sr22 and a Mcr-4S, which served as private SAR service for Sea Watch rescue boats. This matter deserves further studies.

the Mediterranean Sea. If we take the ICAO regulations into consideration, it is a not allowed activity for private individuals, fielded by Sea-Watch and the French association Pilotes Volontaires.

SAR is a search and rescue activity on land and in the sea which – in Italy – is in charge of military forces and law enforcement agencies. Not even helicopters serving the 118 (emergency medical service in Italy) can perform SAR missions, only HEMS. Italian Navy, Coast Guard, Guardia di Finanza and – on the mainland – Fire Brigade (the latter with the HEMTS certificate) have the qualifications to do so.

Already this should be enough to understand that a Dun’Aéro

MCR 4S and a Cirrus SR22 as “lookouts of the air” are unusual. But in 2018 and 2019 these aircraft operated alongside the boats that recover migrants. With their flights, they aimed at identifying endangered vessels, communications and geolocation, so as to save people in danger.

The activity of Search and Rescue in the sea is internationally regulated, but these rules concern the surface of the sea, not the air. For aircraft which fly, all SAR operations must be coordinated and managed by the military. In particular, in Italy to be invested with the role of Search and Rescue is the Coast Guard. The latter is a specialization of the Italian Navy and carries out tasks related to the use of the sea.

It checks both the bureaucratic and the legal activities. It is – briefly – marine police with civil duties. On a territorial level, the MARICOGECAP IMRCC is the General Command of the Coast Guard with the function of a national sea rescue centre. It coordinates the maritime directorates in charge of secondary rescue centres.

The Coast Guard regulates, monitors and controls vessel traffic, navigation safety and maritime transport. The Coast Guard – as well as the Italian State – adheres to and respects the International Convention on Maritime Search and Rescue (SAR).

Whenever there is an emergency reported to 1530 or to the international centre, it is the Coast Guard that is spent in the SAR activities, in connection with the equivalent bodies in the neighbouring states and outside its own area of ​​competence.

Which dangers do private aircraft run carrying out offshore SAR?

A private plane that leaves to identify boats in difficulty in the Mediterranean Sea replaces the normal Search and Rescue ways that the Italian State has prepared for the safety of people in its national waters and in international waters.

It is, for example, if someone goes around to help people along the street with a white car equipped with flashlights on its roof. Maybe it can also be an anesthesiologist or a physician, but it sounds a bit strange, doesn’t it?

NGOs are not using certified aircraft for sea rescue operations. The Cirrus Sr22 worths between 100 and 150 thousand euros, nowadays, while the Mcr-4S can cost 130 thousand euros to the association Pilotes Volontaires.

None of those aircraft is certified for sea rescue. As the Italian magazine “Il Giornale” reports, these two planes have carried out more than 130 missions since the beginning of the year. Missions that – it is worth to remember – are always quite expensive, given that thousands of euros in fuel are needed to fly a plane.

In the end, therefore, the ENAC stop the Pilotes Volontaires and Sea-Watch initiatives. The national civil aviation authority explained that the two aircraft are not in possession of special flight authorization. They also do not enjoy recognition for conducting operations on the high seas, and their aircraft have undergone significant changes of which there is no traceability.

Given that these aircraft are “self-built” (a common practice in Ultralight aviation and tourism), it is not clear whether these aircraft have undergone changes that do not match the manufacturer’s standards. But the main problem is this: no private plane, helicopter or ultralight aircraft can overlap with the tasks that the Italian State has entrusted to the Coast Guard, the Navy and – when necessary – to the Italian Air Force.

Sea-Watch wants to be active asap. Maybe with drones

Sea-Watch’s Moonbird project is also supported by the Humanitarian Pilots Initiative and actively supported by various associations, such as the German Evangelical Church. Malta, in October 2018, had blocked this aircraft landing because it was operating in conflict with the regulations.

Now even from Italian airports, this aircraft can no longer be activated. What will happen? Sea-Watch and the HPI have already sharpened legal weapons to fight against these pronouncements. But it will be difficult for a private Search and Rescue service resuming flight from an Italian or Maltese airport. Tunisia and Libya would remain (!). Or flight services with drones, still borderline technologies that would see more complex but less expensive aircraft in terms of field action.

But it could also be that – for once – private NGOs reach a collaborative agreement with the military and the Coast Guard, which have all the tools to carry out patrols, SARs and HEMS offshore, without hurting anyone and, above all, making available to people in difficulty the best possible technologies.

IN ORDER TO KNOW MORE: