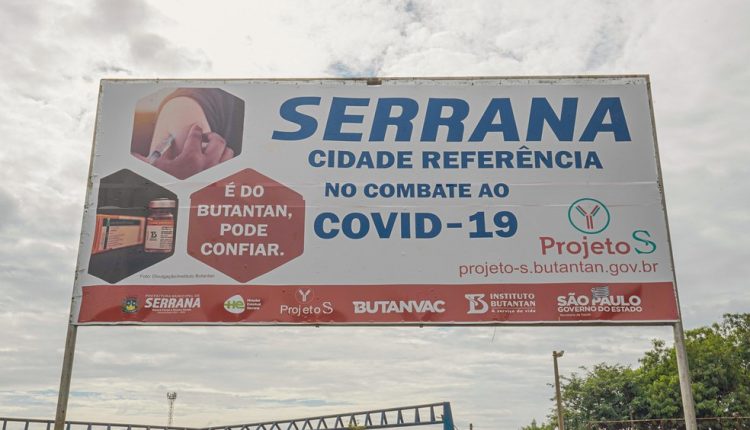 Butantan Institute: CoronaVac vaccine leads to drop in hospital admissions. In the first planned study of mass vaccination against Covid-19, the Butantan Institute achieved positive results of reduction of cases of the disease in the city of Serrana, in the interior of São Paulo

Called “Project S”, the study began in February the immunization of the adult population of the city with the CoronaVac vaccine, produced by the Chinese Sinovac

“It is the first study in the world that is being carried out in this proportion and with this control.

It shows the exceptional results and the way for public health to deal with this pandemic in the world.

CoronaVac has demonstrated its effectiveness”, Explained the director of the Butantan Institute, Dimas Covas

The results presented on Monday (31) at a press conference, showed a 95% drop in the number of deaths by Covid-19.

Symptomatic cases of the disease fell by 80%, while hospitalizations decreased by about 86%.

For the scientists, the control of the pandemic occurred after 75% of the population received the second dose.

During the study, the Manaus variant spread across the interior of São Paulo and proved to be dominant in the cases of the city of Serrana.

The positive results, even in this scenario, prove that the vaccine is effective against the new strains of the coronavirus.

“The results show categorically what could be happening in the whole of Brazil, if there were no delays in getting vaccines in the country.

They also show that there is only one way out of the pandemic, the vaccine”, said Governor João Dória during the press conference.

After vaccination applied on a large scale, Serrana (SP) began to make economic activities more flexible and stands out in relation to neighboring cities, such as Ribeirão Preto and Altinópolis, which remain with closed shops and the health system still overburdened.

To avoid the uncontrolled flow of residents from other cities, Serrana established a sanitary barrier in access.

The control of the pandemic and the resumption of economic activities tend to increase investment interest in Serrana, which has already received the visit of the Israeli consul, Alon Lavi, to share with the city mayor, Leonardo Capitelli, experiences of technical cooperation in the matter water, agriculture, education and health.

“Serrana will not be known only for the city of mass vaccination. We now want, with safe and planned protocols, to make an economic, social and educational resumption so that this can be replicated throughout Brazil and around the world ”, said Capitelli at this Monday’s press conference.

Football, Arturo Vidal hospitalised in Chile for Covid: 'Get vaccinated'

Search and rescue operations and more: the 15th Wing of the Italian Air Force celebrates its 90th birthday