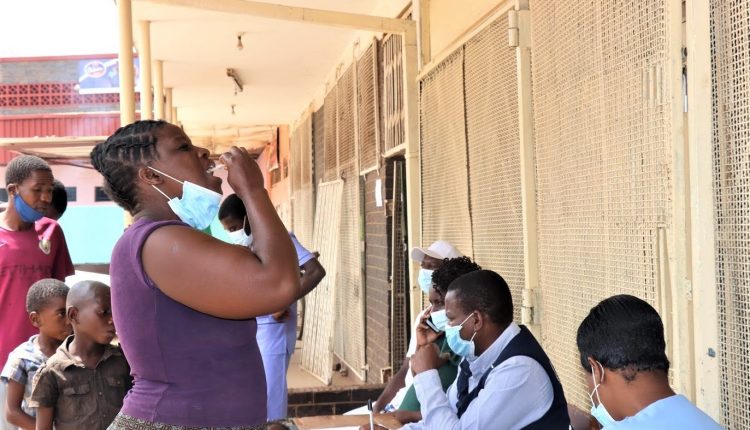 Chegutu, Zimbabwe – Thanks to Gavi, the Vaccine Alliance, 54 407 people in Chegutu received free cholera vaccination. The five-day oral cholera vaccination campaign was conducted by the Ministry of Health and Child Care (MoHCC) and Chegutu Rural District Council with support from UNICEF and WHO.

The campaign was done as a preventive move to reduce the risk of a cholera outbreak.

The oral vaccination campaign was conducted from 17-22 November 2020, targeting people from 12 months and upwards.

The campaign also provided other routine immunisation and nutritional services such as measles, polio and Vitamin A supplements.

During the campaign, communities were also encouraged to protect themselves against cholera by adhering to proper food safety practices as well as good personal hygiene.

“This is the best thing the MoHCC has done for us and a much needed intervention in our community.

We have seen so many cholera related deaths since the 2008 outbreak particularly in areas where there is poor supply of water so this will at least protect us and our families,” echoed 61-year old Eager Jacha when she came through for her dose.

“If one comes across such a campaign you just have to be part of it.

These are medical professionals and they would not just bring something that doesn’t benefit the community,” added another beneficiary Stephen Kandodo, a 30 year old male from the same area.

Twelve (12) points were set up across Chegutu to ensure that people do not have to walk long distances to access the vaccines.

Furthermore, the district has always been a cholera hotspot over the years.

The former, was mainly attributed to Chegutu’s poor water availability and waste management.

“This has been an overdue program because as you know Chegutu was one of the most affected district during the 2008/18 cholera outbreak, with a lot of deaths also recorded.

This is evidence enough that we needed the programme.

Also looking at the season we are getting into, it is the season where we have consistently recorded high numbers of cholera outbreaks because of the rains,” said Farayi Marufu, Provincial Nursing Officer, Mashonaland West.

“Vaccination is not the panacea for cholera control so we still have to implement the other cholera prevention and control measures such as provision of adequate supply of safe water, sanitation, personal hygiene and handwashing among others.

The campaign was supported by a donation of 2.8 million doses of anti-cholera vaccines from Gavi through the International Cholera Group (ICG)

The vaccines have covered cholera hotspots in Harare, Cyclone Idai affected communities in Chimanimani and finally the last batch was used in Chegutu.

In addition, 24 heath workers were trained in preparation of the oral vaccination campaign in Chegutu.

The training was mainly on management and response to vaccine preventable diseases, other epidemic prone diseases like cholera, typhoid and  Covid19.

Medics In The Army In Zimbabwe: Will This Push Healthcare Workers To Flee?

Bangladesh, what impact of COVID-19 infections on neonates in middle and low-income countries? A study on newborn babies admitted to Dhaka Shishu Hospital