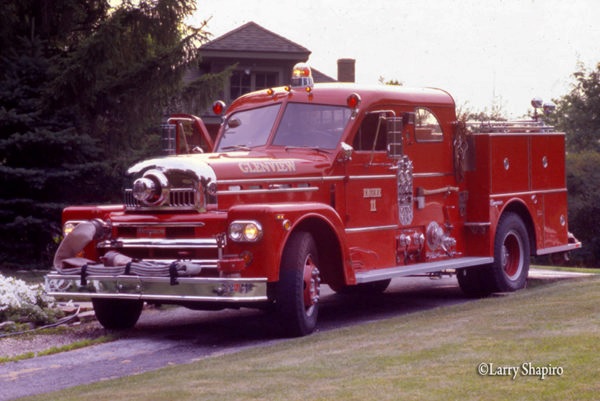 Frederick Seagrave started his business building and selling robust wooden ladders made for professionists of any kind, until one day he realised that his ladders could be used for fire fighting and rescuing people in dangerous situations as well.

After this realisation he changed his company specialization on building ladders for fire apparatus, and than during the first decade of the 20th century the company made the first examples of its own fire engines.

This particular truck we are talking about came out in 1950 and its so important because it marks the 70th annyversary since Mr. Seagrave started his company.

This fire truck was powerd by a V12 engine with dual ignition, dual distributors and dual sparkblocks; the reason for this is so that when the truck was in service at a fire and pumping water at full power it would not risk to die and not be able to sustain its engine capabilities.

They also made a version of the truck that would carry ladders that was very popular in smaller cities that needed a more agile truck and did not need to reach really high altitudes since the building in their area where only 2 or 3 stories high; while in the big cities, they needed trucks loaded with aerial ladders capable of reaching higher altitudes.

Expecially popular in the East and Mid Western areas of the United States of America, it was painted in red but also different colors such as white and red, all white, yellow and a few were made in a blue coloration as well.

The Seagrave 70th Anniversary last model was sold in 1970 and this makes it one of the fire engines with the longest production in the USA.