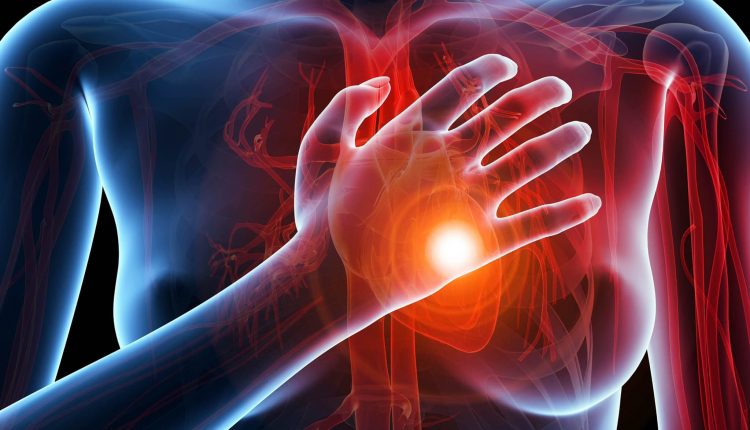 Myocarditis: ‘Cardiomyopathy’ is a general term for the primary disease of the heart muscle (myocardium)

In this article, we will discuss myocardial diseases of non-ischaemic and non-hypertensive origin, which are responsible for approximately 5-10 of cases of heart failure.

Myocarditis is a self-limiting inflammatory disease of the myocardium, the heart muscle, but – occasionally – life-threatening and capable of affecting individuals of any age.

Inflammation of the myocardium can have many causes, but it frequently occurs as a consequence of viral infections, often caused by Coxsackievirus, Cytomegalovirus, Hepatitis C virus, Herpes virus, HIV, Adenovirus, Parvovirus: in this case one speaks of ‘viral myocarditis’ occurring during active virus replication in the myocardium or in the subsequent auto-immune phase of the disease.

The expression post-viral myocarditis has also been used to specifically describe the autoimmune phase.

When neither a direct aetiological relationship nor a specific cause can be established, it is more widely accepted to use the expression lymphocytic myocarditis to indicate this predominant histological feature in affected individuals.

In the United States, an estimated 25 per cent of the 750,000 heart failure patients present with DCM, accounting for 50 per cent of heart transplant patients.

Although DCM has multiple causes, viral infection plays a key role in its pathogenesis and is responsible for 21% of DCM cases over an average follow-up of 33 months.

In military recruits and adults under 40 years of age, epidemiological studies have calculated that viral myocarditis is an aetiological factor in 20% of sudden death cases.

Histological evidence of myocarditis is routinely observed in 1-9% of autopsy examinations.

As already mentioned, viral infection is responsible for the majority of myocarditis cases in industrialised societies.

Enteroviruses such as Coxsackie B are non-enveloped RNA viruses of the picornavirus family.

The B group of coxsackieviruses, in particular subtypes B3 and B4, and adenoviruses are high on the list of human pathogens.

The coxsackieviruses are distinguished from the other picornavirus types on the basis of their pathogenesis in susceptible host organisms and antigenic classifications.

Group A coxsackieviruses after inoculation in infant mice produce myositis and generalised paralysis.

Improvements in molecular detection have made it possible to implicate other viruses, such as hepatitis C viruses and human cytomegalovirus (CMV), alone or in combination with cardiotropic agents such as HIV.

HIV has emerged as one of the main aetiological agents of DCM of viral origin.

In patients who are HIV-positive, cardiac decompensation with lymphocytic interstitial myocardiosis is a frequent complication, with an estimated prevalence of between 8 per cent and 50 per cent or more.

The precise mechanism of HIV-induced heart disease has been debated, but available scientific evidence suggests that HIV shows cardiotropism.

Among patients with active Acquired ImmunoDeficiency Syndrome (AIDS), myocarditis and other viral, protozoal and bacterial infections are commonly observed, indicating that these concomitant diseases and autoimmunity may be contributing factors to HIV-induced myocarditis Non-viral infectious agents may also cause myocarditis.

In Central and South America, infection with the protozoan Trypanosoma cruzi (Chagas disease) is the leading cause of myocarditis.

This parasitic infection is largely immune-mediated, so treatment with anti-protozoal therapy with nifurtimox or benzimidazole is beneficial.

Likewise, diphtheria myocarditis has been reported in 22% of patients with a lethality rate of 3%

Combination therapy with diphtheria antitoxin and antibiotics is usually effective.

Although no definite cause of peripartum cardiomyopathy has been identified, lymphocytic infiltration has been found in up to 50 per cent of myocardial biopsy specimens, suggesting the presence of an autoimmune process or enhanced susceptibility to viral myocarditis.

Symptoms and signs of myocarditis may include:

The hypothesis of viral myocarditis may be considered when patients are seen after a recent febrile illness followed by the onset of cardiac symptoms such as dyspnoea, asthenia, chest pain or arrhythmic palpitations.

Others may present with conduction system abnormalities, acute congestive heart failure or an embolic event originating from intracardiac thrombi.

After the initial insult, several days may pass before any of the cardiac symptoms manifest themselves.

On objective examination, the patient is often tachycardic.

If pericardial inflammation is present, friction may be appreciated.

Although there are no pathognomonic findings of myocarditis on electrocardiogram, sinus tachycardia and non-specific ST segment and T wave abnormalities are common.

Electrophysiological complications may include arrhythmias, conduction defects or cardiac arrest; sudden death caused by ventricular fibrillation has also been described.

Echocardiography is used to confirm the severity of systolic ventricular dysfunction and, in some cases, produces qualitative changes in image brightness indicative of myocarditis, however, MRI is a powerful diagnostic tool, with high sensitivity and specificity in the non-invasive assessment of suspected viral myocarditis, due to advances in tissue characterisation of the myocardium.

The use of transvenous endomyocardial biopsy, first introduced in 1962, facilitates the diagnosis and treatment of myocarditis in antemortem specimens.

Although we have long relied on histomorphological abnormalities observed under the light microscope, the so-called Dallas criteria, many pathologists and clinicians have now abandoned these arbitrary clinicopathological classifications because of the wide intra- and inter-observer variability.

Histomorphological abnormalities that confirm this classification of DCM include interstitial fibrosis, myocyte degeneration and increased reparative fibrosis of the extracellular matrix.

A faster diagnosis of myocarditis is now possible by applying polymerase chain reaction (PCR) to detect specific viral genomes in the myocardium.

When biopsy is guided by imaging techniques such as MRI, an increase in sensitivity and specificity of this diagnostic tool has been described in a limited number of studies.

Based on the available scientific literature, the indications for endomyocardial biopsy are:

Both the sensitivity and specificity of endomyocardial biopsy are reduced when the viral infection is focal, remote or subclinical.

In the paediatric population, a viral aetiology is a frequent diagnosis for new-onset heart failure and/or cardiogenic shock.

Without a high index of clinical suspicion, it may be misdiagnosed as heart failure secondary to ischaemic heart disease, diabetes, hypertension or cardiac valvulopathy.

For new-onset heart failure lasting less than three months, idiopathic Giant Cell Myocarditis (IGCM) must be considered in patients who do not respond to conventional heart failure therapy.

Endomyocardial biopsy with histological evidence of diffuse inflammatory lymphocytic infiltrate and myocytic necrosis interspersed with eosinophils and multinucleated giant cells is required to make the diagnosis.

Immunosuppressive therapy has been used for IGCM, but no published studies have established its benefit.

New insights into the molecular mechanisms related to the different stages of the disease, from viral infection to cardiac remodelling, suggest the need to re-evaluate existing practices for the diagnosis and treatment of viral myocarditis.

Early disease may escape clinical recognition because viral replication may be entirely asymptomatic and go undetected without myocardial sequelae.

Complete recovery with an excellent prognosis can be expected in most cases of uncomplicated myocarditis.

In infants, the development of myocarditis, often due to epidemics in the nursery or from infected mothers, can progress into multisystem disease affecting the liver and central nervous system.

Clinical signs such as difficulty in feeding, lethargy and fever are preceded by either cardiac or respiratory distress syndrome, or both.

The initial infection with myocardial involvement sets the stage for the multiple stages of myocarditis with increased risk of re-infection and autoimmune reactivation of the disease.

To date, no effective therapy for viral myocarditis has been outlined.

Clinical trials for immunosuppressive therapy have not demonstrated clinical efficacy.

Empirical trials in which specific antiviral agents are administered based on genomic diagnosis lack long-term follow-up of clinical outcomes.

Patients with probable or definite evidence of myocarditis must withdraw from all competitive sports activities and undergo a period of convalescence for at least 6 months after the onset of clinical manifestations.

Athletes may return to training and competition after this time if cardiac function and size return to normal, clinically relevant arrhythmias are absent, and serum markers of inflammation and heart failure have normalised.

Tachycardia: Is There A Risk Of Arrhythmia? What Differences Exist Between The Two?

Erectile Dysfunction And Cardiovascular Problems: What Is The Link?

Precordial Chest Punch: Meaning, When To Do It, Guidelines