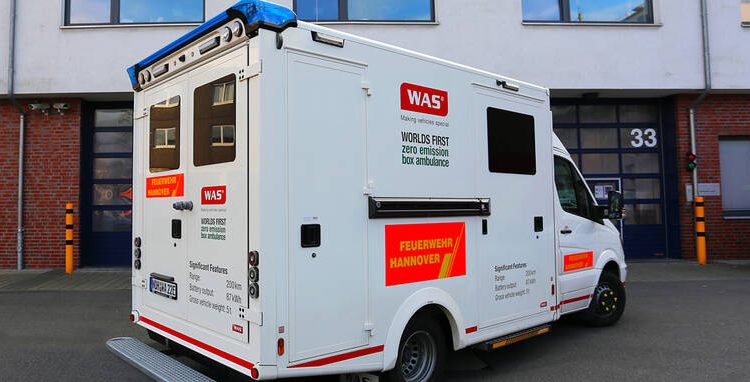 Rescuers in Germany in the same difficult situation as their Italian, British and other colleagues: fatigue from increasing workloads and burnout lead to a surprising (but not so surprising) result among them, with 39% saying they would prefer to leave the emergency services

78,000 German men and women are employed in the emergency services.

And they too, like their colleagues in other European areas (including Italy), have to deal with problems such as staff shortages and health reception facilities in serious organisational difficulties.

These are the premises that, in all likelihood, determined the result of the survey that the Ver.di services union conducted among operators in March, with the outcome illustrated a few days ago at an ad hoc press conference.

“The already high workload has increased significantly since the beginning of the Corona crisis,” explained Bühler.

“When 39 per cent of the respondents say they would change jobs immediately if given the opportunity, this must shake everyone up.”

Rescuers in Germany: what are the main reasons for dissatisfaction with a job that the vast majority of the 7,000 respondents consider meaningful and feel fulfilling?

Serious problems with working hours were mentioned in the survey: even legally prescribed breaks cannot be taken in 61% or only very irregularly, high work intensity and high physical and mental stress are other critical points.

In addition, there is an increasing number of attacks on rescue workers, especially in urban areas.

The situation is aggravated by an ageing workforce: about half of the employees are already over 55 years old.

“In an emergency, we are all dependent on quick and competent help,” emphasised Bühler.

The fact that conditions in the rescue service have improved rapidly is therefore important for everyone: “Even now, there are not enough people who want to work in this important profession.

For example, Ver.di has already achieved in the DRK’s reform collective agreement that the working week (including on-call time) has been reduced from 48 to 45 hours.

Appropriate talks are ongoing with the Association of Municipal Employers’ Associations (VKA): municipal employers are responsible for ensuring better working conditions in the rescue service.

Bühler was sceptical about the practice in many federal states of advertising the rescue service on the basis of market economy criteria.

Multiple myeloma: what are the symptoms?

Toxoplasmosis: what are the symptoms and how transmission occurs