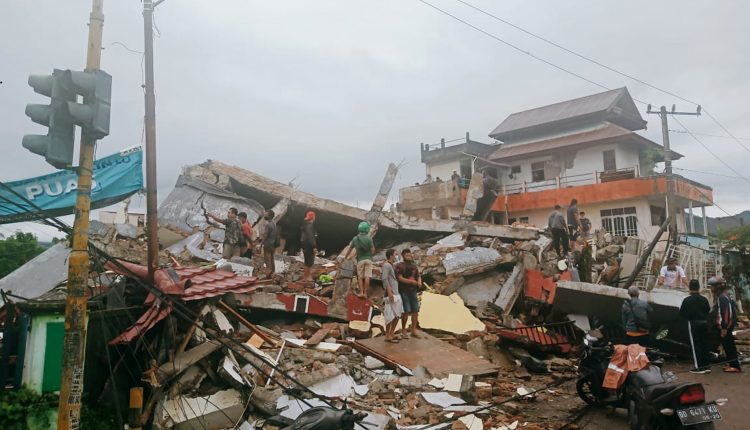 Earthquake in Indonesia, 5.6 magnitude tremor: over 50 confirmed dead and 300 injured

Indonesia, the earthquake damaged several buildings, even shaking skyscrapers in the capital Jakarta, which is 100 km away

A 5.6 magnitude earthquake was recorded on the island of Java, Indonesia

The epicentre was detected in the city of Cianjur at a depth of 10 kilometres.

The earthquake damaged several buildings, even shaking skyscrapers in the capital Jakarta, which is 100 km away.

According to the head of the Cianjur municipal administration, ‘about 20 people died in one hospital alone and at least 300 are being treated.

Most of them have fractures after being trapped in the rubble of buildings’.

Because of its location on the ‘Fire Belt’, an area stretching 40,000 km around the Pacific Ocean, the country is frequently hit by earthquakes, volcanic eruptions and tsunamis.

Even last February, a 6.2 magnitude earthquake killed 25 people and injured 460 in the province of West Sumatra.

Emergency preparedness for our pets

Earthquake And Loss Of Control: Psychologist Explains The Psychological Risks Of An Earthquake

The use of antibiotics according to the new WHO guidelines

Reactive depression: what it is, symptoms and treatments for situational depression