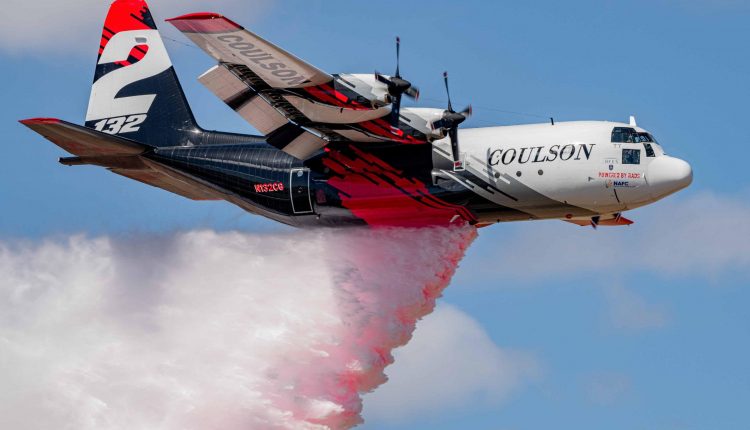 Port Alberni, B.C. – Coulson Aviation is excited to announce it has been awarded a four-year firefighting contract with the Western Australia government for a C-130H Hercules Airtanker

The aircraft is already on its way to Australia from the U.S.

“Coulson is proud to continue to support Western Australia with our C-130, which will be one of the key assets supporting the rapidly approaching and potentially devastating bushfire season,” said Coulson Aviation Australia CEO Britt Coulson.

“Western Australia is like a second home for this aircraft. It was the first place the airplane fought fire after we converted it and we’re pleased to see it return to its proving grounds.” said Britt.

It has a capacity of 4,000 gallons (15,000 liters) and is considered one of the world’s most powerful aerial firefighting aircraft due to its range, versatility, and suppression ability per drop.

Coulson’s C-130H will be based in Busselton, Western Australia, to support fire suppression efforts throughout the season.