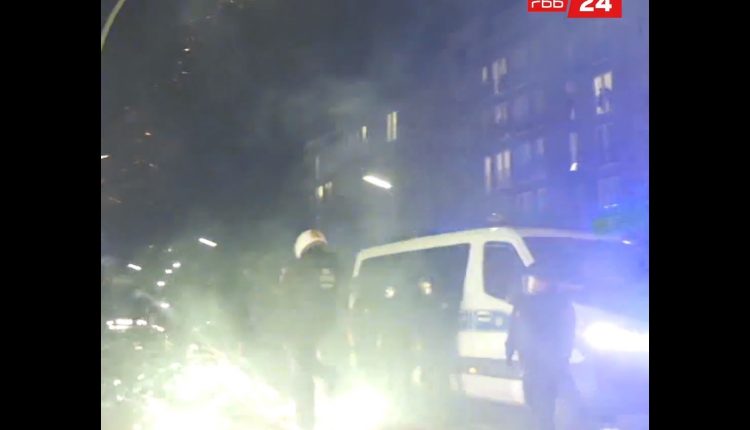 Germany, a New Year’s Eve with a bitter taste

Berlin experienced a very disconcerting start to 2023, at least in the statements to the media by the heads of the various rescue and police corps.

It is not the more than 1,700 interventions by the Berlin Fire Brigade that leave one astonished, but the 38 targeted attacks on emergency vehicles.

In an interview with RBB, Karsten Homrighausen, director of the Berlin Fire Brigade, summarised the situation on New Year’s Eve

As many as 750 fires were extinguished in 11 hours, which corresponds to the average number of fires in an entire month.

This is a further increase from the high level of the previous two years.

According to the Berlin Fire Brigade, some 1,500 emergency services, including more than 500 volunteers, and 395 vehicles were on duty.

However, Homrighausen was shocked by the targeted attacks on rescue workers.

He was speechless and stunned that ‘they have become the target of attacks of a new dimension, of a new quality’.

Already by New Year’s morning, 14 cases had been reported in which burning barricades prevented emergency services from continuing their journey, and then attacked and looted emergency vehicles.

The police, fire brigade and emergency services were also hit by gunfire.

Some of the perpetrators were masked and armed with iron bars and blank pistols.

Consequently, operations were only possible under massive police protection.

The intensity of the attacks ‘was not comparable to previous years’, the police announced on Sunday.

The Berlin State Association of the Police Union (GdP) called for a total ban on firecrackers.

The stupidity of attacking rescue workers apparently knows no geographical boundaries: it is very sad.

Germany, Virtual Ambulance For The Training Of The Future

Smartphone Use During Road Accidents: A Study On The ‘Gaffer’ Phenomenon In Germany

Firecrackers And New Year’s Eve Bangers: How To Protect Your Hands

Burns, First Aid: How To Intervene, What To Do

What is magnetic resonance angiography (MRA)?