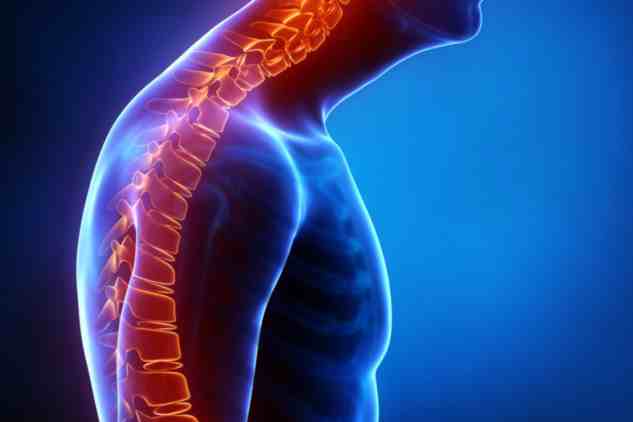 What is Hyperkyphosis and what are the types?

Hyperkyphosis is an alteration of the spinal column, a condition that in most cases affects teenagers, who nowadays spend a lot of time with their backs bent in front of personal computers, smartphones and video games

It can, however, also depend on a deformity of the vertebrae.

It is an accentuation of the physiological dorsal curve of the spine, i.e. dorsal kyphosis, which is located in the upper back.

This curvature is usually of slight intensity and, together with the two counter curvatures called lordosis, located on the neck and in the lumbar part of the back, allows support in an upright position and the flexibility of the trunk necessary for movement.

When the dorsal curve, i.e. kyphosis, becomes very pronounced and the so-called ‘hump’ appears, this is when hypercosis appears.

The causes can be various and varied.

Hyperkyphosis can be caused by:

In addition to the aesthetic damage, where a disharmonised torso is evident, with the upper part curved and not balanced by the lower part, the classic symptoms of hyperkyphosis are

The doctor will generally carry out a complete physical examination during the examination, including checking weight and height.

He or she may ask the patient to bend forward from the waist while the doctor observes the spine from the side.

After assessing the aesthetic signs and symptoms, the doctor might recommend

How hyperkinesis is treated

Treatment is determined according to the causes and intensity of the symptoms.

In cases of hyperkyphosis due to malposture (idiopathic hyperkyphosis), which is mostly found in young and adult people, stretching and muscle-strengthening exercises combined with physical therapy, such as tecar therapy, to be performed with an experienced physiotherapist, will be necessary in order to

In the elderly, in addition to the exercises to be performed in combination with physical therapies, the specialist may evaluate the use of braces to support the spine.

How is triage carried out in the emergency department? The START and CESIRA methods