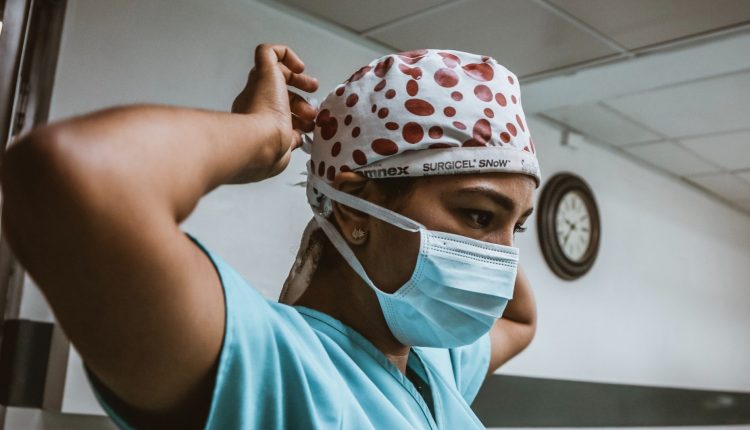 The Lancet: In UK possible leave for burnout 16% doctors and nurses

Burnout – what causes it? Pandemic, overwhelming workloads and record waiting lists have undermined the well-being of health workers, who are increasingly fatigued and stressed

Combating burnout’ is, in fact, a study published in the journal ‘The Lancet Rheumatology’ precisely to understand what it will take to avert a further crisis

Now the omicron wave could “triple the numbers observed in the first waves of Covid-19, so much so that according to a recent modelling study it could be one in six UK doctors and nurses who are expected to take sick leave in 2022 due to burnout and the long-term effects of Covid-19.”

A report on 24 January by the International Council of Nurses (an international federation of more than 130 nursing associations) “estimated that the global shortage of nurses – 5.9 million before the pandemic – could reach 13 million by 2030 unless action is taken to combat burnout and recruit sustainable numbers of nurses into the profession”.

Rheumatology is also feeling the effects of Burnout. Before the pandemic, 51% of rheumatology professionals in the United States reported experiencing burnout,” says the study in ‘The Lancet Rheumatology’.

“Nearly half of paediatric rheumatologists in Latin America reported symptoms of anxiety, and one-third of those in North America said dissatisfaction with telemedicine contributed to their burnout,” the Lancet study continues.

“Governments and policymakers in many countries are making efforts to mitigate the problem.

In the United States, for example, the Biden administration has allocated $103 million in grants to help curb health burnout, staff shortages, and support training and development.

This increase in funding has been widely applauded, but some have criticised it as insufficient, at less than $5 per person in a sector that employs 22 million people.

In the UK, the NHS ‘has specified that support for the health and wellbeing of staff is a priority for 2021-22, including rapid access to psychological support.

Health workers in the UK are already regularly working unpaid hours (74% of UK nurses work more than their contracted hours at least once a week) and many have expressed feelings of guilt at taking time off,” says the study in ‘The Lancet Rheumatology’, “leaving overburdened colleagues to cover their absence.

What is needed, according to the journal, “is organisational change at the system level. In fact, a 2021 report by the UK House of Commons Health and Social Care Committee called for a complete overhaul of workforce planning’.

Thus, ‘failures in NHS culture should be addressed, with a focus on systemic solutions rather than the resilience of individuals.

Similarly, the need for strategic workforce planning was among the central priorities outlined by the London School of Economics-Lancet Commission on the future of the NHS in England, which noted that strategies should focus on achieving the optimal composition of multidisciplinary teams”.

Nurse’s Work In Bangladesh: Which Training Path? Average Salary? What Specializations? What Percentage Of Employment And Unemployment In Bangladesh?

Nurses And Covid Impact: 13 Million More Nurses Needed In The Next Decade

Covid, a tale of two years of pandemic through words

The colour of pee: what does urine tell us about our health?