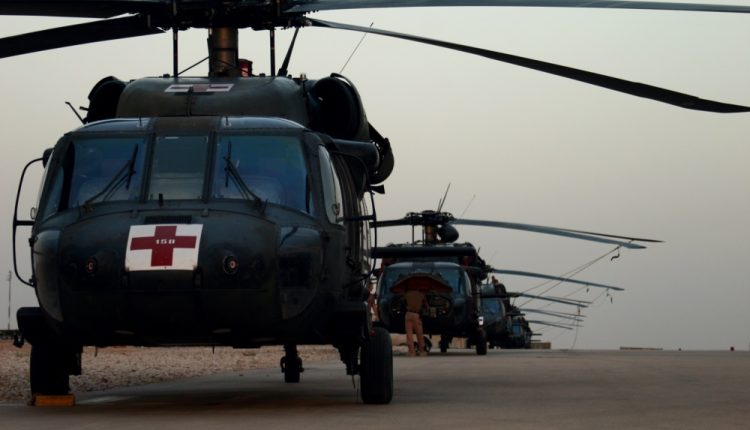 The current study aimed at investigating the dispatch criteria and the way of handling patients during transport by air emergency medical services of Kurdistan Province, Iran, in 2017.

Natural incidents account for more than 3.9 million deaths and more than 138 million disabilities each year worldwide. Major incidents are events that require a medical response beyond the usual responses. These events are usually heterogeneous and different and remain a challenge for medical emergencies.

Importance of HEMS during emergency

When the incident scene is inaccessible, helicopters may be the only way to transfer personnel, equipment, and patient.

The employment of helicopter has several advantages including rapid transfer, transferring patient to a hospital instead of the nearest emergency department, using experienced personnel on the scene, and accessing incident locations not accessible by road.

They also have some disadvantages: costly use, inability to fly in bad weather conditions or at night, and inability to perform some missions such as active delivery.

Although a number of studies show a decrease of 21% to 52 % in mortality rates and a survival increase of 12-40 % in helicopter missions compared with road ambulances.

The employment of the air ambulance can reduce this time to one-fourth of time needed for the road ambulance transfer. Hence, HEMS department in Kurdistan Province was established in 2017 to reduce the transfer time of injured people and provide more favourable treatment services.

ALOUETTE and the HEMS department in Kurdistan

The department uses a single-engine helicopter (ALOUETTE ) with the world’s most important medical equipment. The helicopter has the ability to land on a slope due to having wheels and can cover the entire Kurdistan Province.
The inclusion criteria in the current study were the patients transported by the HEMS department by the end of 2017, and exclusion criteria were those having incomplete EMS form.

After obtaining approval from the Ethics Committee of Kurdistan University of Medical Sciences and obtaining permission from the university, the researcher referred to the EMS centre of the province.

After explaining the research goals and assuring the authorities about the confidentiality of their information, data were collected at two stages.

The performance of HEMS department in Kurdistan province was favourable in terms of dispatch criteria, duration of the transfer, and treating patients during transportation; however, there were some weaknesses in the administration of medication during transport and recording the information in the HEMS mission form.

In order to improve the performance of HEMS, the development of helicopter pads in other towns, and holding specialized training courses for HEMS personnel are recommended.

The thin line between Life and Death - Unexpected…

Safety in clinics can be at risk: the experience of a nurse