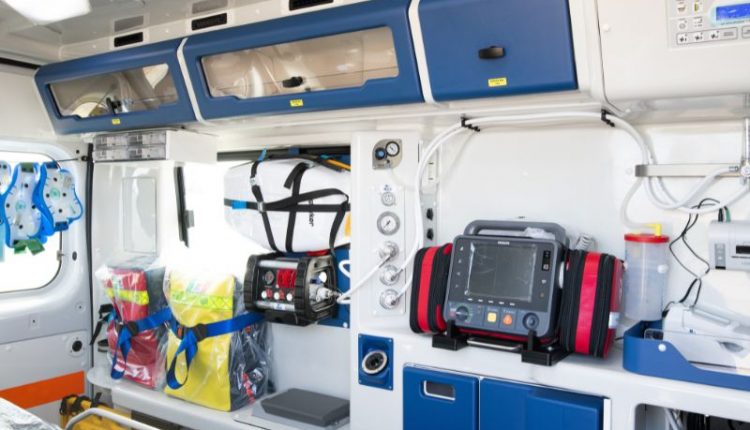 Focaccia delivers a first new ambulance to Sanitaservice Srl: the vehicles will be equipped with the FG MICRO H2O2 sanitising system developed by the company

Focaccia Group delivers the first ambulance of a new fleet to Sanitaservice Srl, the Brindisi-based company in which ASL (local health authority) has a stake

The rescue vehicle is the first of 35 acquired by the company through a public tender.

The new vehicles will be used in the ambulance stations and first intervention points of the 118 Emergency Service located in the province of Brindisi.

The delivery of the other ambulances, which will be individually tested, is scheduled to take place in the next few days.

In addition, training courses have been started for the personnel who will work on board the new vehicles.

These are workers currently belonging to contracted associations who will become employees of Sanitaservice as of 1 January 2023.

“Sanitaservice is a great reality of our territory,” said the sole administrator Maria Rosa Di Leo, “dynamic and flexible, which is now able to offer the Brindisi local health authority numerous services such as assistance to people and health support.

“Now, finally,” Di Leo concludes, “the 118 transport service is also entrusted directly to our company: the aim is to guarantee an increasingly efficient response.” 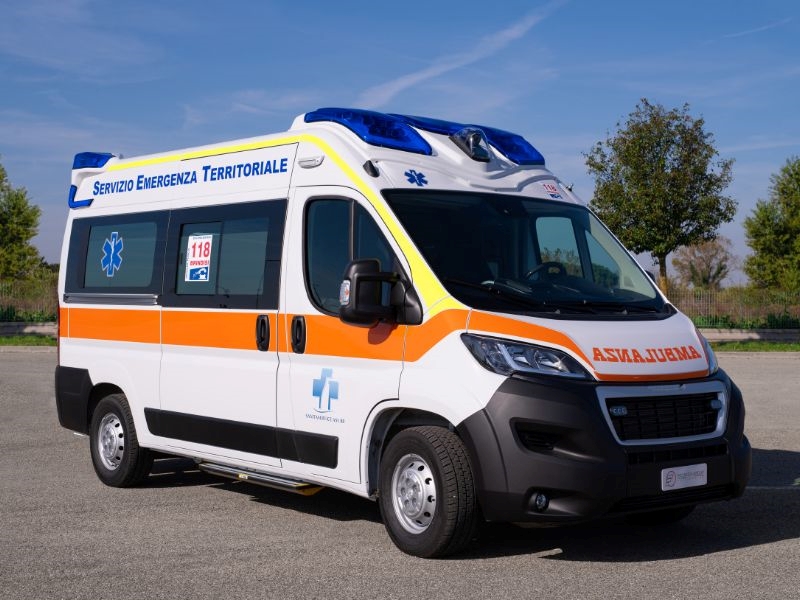 Focaccia Group, sanitising the sanitary compartment as a health garrison for patient and rescuer

The 35 incoming ambulances are fitted with equipment that improves the quality of the service.

Starting with a sanitising system designed and built in-house at the Focaccia Group, which by saturation sanitises both the driver’s compartment and the sanitary compartment.

The advantage of the latter is that it can be activated without the need for the vehicle to return to base, with a considerable time and labour advantage.

In addition, the air conditioning system has an antibacterial filter based on photocatalytic technology.

The vehicles, for their part, are equipped with a mechanical chest compression system, which makes it possible to overcome the difficulties of manual compression for patients who need it.

Finally, there is a motorised ascending chair in each vehicle.

The ambulances are also equipped according to more functional criteria and are fitted with systems for paediatric immobilisation and transport.

Sanitaservice has signed a contract with the supplier company that provides for the coverage of all incidental costs and risks: from ordinary and extraordinary maintenance to the provision of replacement vehicles in the event of breakdown.

Focaccia Group At REAS 2022: The New Sanitization System For The Ambulances

Vapourised Hydrogen Peroxide: Why It Is So Important In Sanitary Disinfection Processes

Focaccia Group. A Story That Has Always Looked To The Future!

Sanitising Ambulances, A Study By Italian Researchers On The Use Of Ultraviolet Rays

Preoperative Phase: What You Should Know Before Surgery

Sterilization With Hydrogen Peroxide: What It Consists Of And What Advantages It Brings

What Is Intravenous Cannulation (IV)? The 15 Steps Of The Procedure

Nasal Cannula For Oxygen Therapy: What It Is, How It Is Made, When To Use It

Nasal Probe For Oxygen Therapy: What It Is, How It Is Made, When To Use It

How To Choose Medical Suction Device?

The Purpose Of Suctioning Patients During Sedation

Supplemental Oxygen: Cylinders And Ventilation Supports In The USA

Suction Unit For Emergency Care, The Solution In A Nutshell: Spencer JET

Airway Management After A Road Accident: An Overview

What Is Transient Tachypnoea Of The Newborn, Or Neonatal Wet Lung Syndrome?

Diagnosis Of Tension Pneumothorax In The Field: Suction Or Blowing?

Ambulance: What Is An Emergency Aspirator And When Should It Be Used?

How To Conduct Antihypertensive Treatment? An Overview Of Drugs

Classification Of Hypertension According To Organ Damage